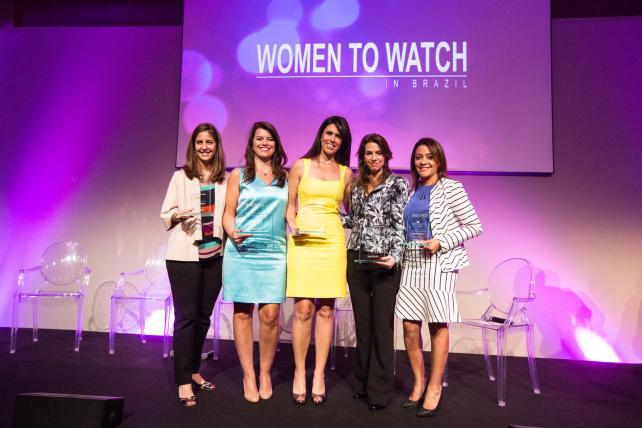 Women to Watch, started by Advertising Age in the U.S. in 1997 to recognize women who are changing the industry, will be held in seven countries this year, including the U.S., China, Argentina, Colombia, Turkey and Mexico. The Women to Watch Brazil luncheon in Sao Paulo last week was organized by Meio & Mensagem, Latin America's biggest advertising and marketing trade publication and Ad Age's longtime editorial partner in Brazil.

The Women to Watch Brazil honorees for 2015 are:

Paula Leal da Costa joined L'Oreal Brasil as chief marketing officer and luxe general manager in April 2014 after leading Samsung's smartphone business in Brazil following her return from London, where she held a series of posts at Unilever overseeing detergents, personal care and sustainability. Experience in marketing a wide range of products has served her well; she and her team of 220 at L'Oreal are responsible for a portfolio of brands she describes as ranging "from $2 shampoos to facial cosmetics costing more than $200."

Cris Duclos, director of image and communication at Vivo, oversees marketing and a team of 150 people at Brazil's largest telecommunications company, owned by Spain's Telefonica. Several years ago the company re-branded to use the Vivo name across its mobile, fixed line, internet and TV businesses, creating a giant, multi-product brand. Ms. Duclos is currently championing a new Vivo campaign that involves people in thinking about and discussing how to use their cellphones responsibly, to avoid safety risks and shutting out their friends.

"When we launched the concept, we wanted to alert people that technology is cool, as long as it's used in moderation," Ms. Duclos told Meio & Mensagem. "It's a wonderful idea. I just need to apply it in my own life." (In her Twitter profile, the hyper-connected Ms. Duclos describes herself in three words: "Running, running, running.")

In March, Paula Lindenberg became the first woman to hold the post of VP of marketing at beer giant AmBev when she returned to Brazil after three years in New York as head of global insights at the company's headquarters. Earlier, she started her career at AmBev, the Brazilian unit of Anheuser-Busch InBev and Latin America's biggest drinks company, on leading beer brand Skol, then moved to Ecuador to build the Brahma brand there. Back in Brazil, she looked after AmBev's premium brands, then led the local insights division before taking on the global role in the U.S.

"Women are a big consumer target for beer, and we want to do more democratic communication, that uses fewer stereotypes and reaches more people," Ms. Lindenberg told Meio & Mensagem. She noted that of the interns and trainees who enter AmBev, 50% are now women.

Unlike other honorees who have furthered their careers through stints outside Brazil, Martha Krawczyk is originally from Panama, and in her last job headed marketing at Visa from Miami for all of Latin America, except Brazil. She moved to Sao Paulo in January 2014 to oversee Visa's marketing for the soccer World Cup hosted by Brazil, a key role for Visa as both a global sponsor and the exclusive payment system at World Cup venues. As VP of marketing for Brazil, Ms. Krawczyk has turned her focus to Visa's marketing around the 2016 Olympic Games to be hosted by Rio de Janeiro, and fostering her team's development.

"I always believe people can learn and deliver more; the theme of career development, to me, is very important," she said.

Flavia Altheman, executive director of marketing and market intelligence at Via Varejo, which includes giant retail chains like Casas Bahia and Ponto Frio, is behind Brazil's biggest media budget and describes herself as "bitten by the retail bug." She moved to the retailer from the agency side where she headed the Casas Bahia account at Y&R. 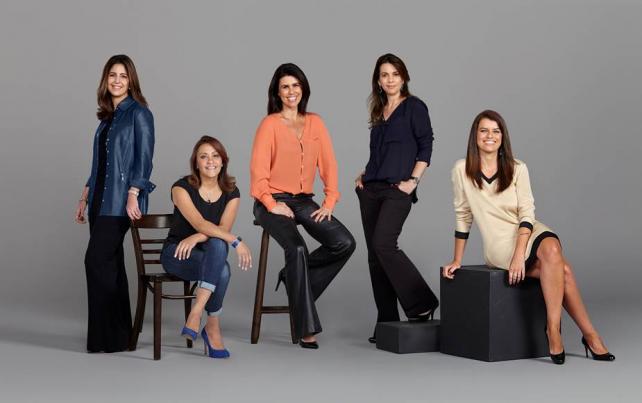 Portuguese speakers can read more here by Meio & Mensagem about the Women to Watch Brazil honorees, and watch a video from the event.