Mr. Pyne left his role as president of IMG Wordwide's global sports and entertainment business in August last year (shortly after writing this column for Ad Age) to set up on his own. He is officially opening Bruin Sports Capital with the investment from WPP and other, undisclosed backers.

WPP will have a preferred partnership arrangement with Bruin Sports Capital, which hopes to build its portfolio organically as well as through acquisitions and investments, the companies said.

"WPP's investment in sports and sports content through Bruin Sports Capital is an important part of its strategy," WPP CEO Martin Sorrell said in a statement. "George is a major talent in the sports business world and based on his track record, I'm confident that the clients who work with WPP's operating companies will be given access to many high-value media and sponsorship opportunities."

There is a "growing interest" among WPP clients "to invest in content and sport," he added. 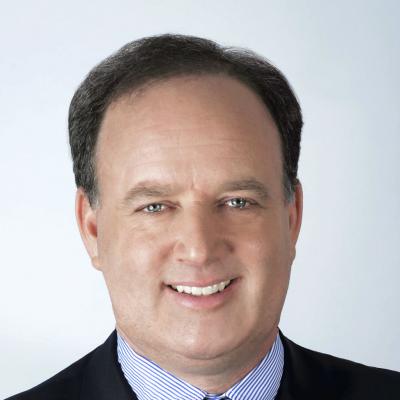 Mr. Pyne was named one of Ad Age's Top 100 Marketers in June 1998, when he was VP-marketing for the National Association for Stock Car Auto Racing. The former Brown University football captain moved to IMG in 2006, leading the company's entry into the college sports marketplace through the IMG College division. The company was bought by William Morris Endeavor and Silver Lake for $2.3 billion in December 2013, when Mr. Sorrell admitted, at the Leaders in Football sports conference, that he would have loved to buy IMG if he had been able to afford it.

Mr. Pyne said Bruin Sports Capital will differentiate itself with access to "the best deals," the availability of long-term capital, operating expertise, quick execution, and the relationship with WPP and its other initial backers.

WPP works with sports organizations and properties including soccer bodies FIFA, UEFA, Premier League and La Liga as well as the International Olympic Committee, NASCAR, the NBA and the NFL. Mr. Sorrell is a non-executive director of Formula One motor racing.