Create for a Cause Looking for Best in Digital PSAs

Yahoo and the Ad Council today are announcing the launch of the second annual Create for a Cause competition to recognize the best in digital advertising for public service campaigns. 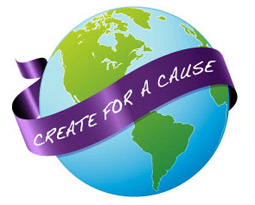 The contest will run from Oct. 11 to Dec. 3 and will be open to all agencies that have created digital efforts for nonprofit and federal government agencies. Last year's contest was open only to agencies that ran campaigns with the Ad Council. The winner will be announced on Jan. 5, with the winning campaign running on Yahoo's sign-in page, one of the most highly trafficked advertising properties on the internet.

Says Barbara Shimaitis, senior VP-interactive services at the Ad Council, "Last year, we had kind of a tight turnaround on it, so [Yahoo] opted to just take Ad Council campaigns. It made things a little bit easier all the way around. It went so well?they got really good feedback from everyone?they wanted to include other nonprofits."

Last year's winner was "Boost Up," the U.S. Army's high school dropout prevention program created by Publicis New York. "We got a lot of response on that ad," Shimaitis says. "It was just phenomenal."

For Create for a Cause, agencies can submit new campaigns, tweak exiting ones or use efforts already running. Judges for the contest are Peggy Conlon, president-CEO of the Ad Council; Rob Rasmussen, chief creative officer, Tribal DDB; Nick Parish, North American editor of Contagious magazine; and digital philosopher Ze Frank.

Create for a Cause is a part of Yahoo for Good, the company's philanthropic platform. "It fits in with our overall Yahoo for Good, which is focused on good and giving back. How do we as a company give back? How do we share our presence around the world to get our communities involved?" Spilman says. "It's part of the reason why we have employees who feel so committed to the company because we have that kind of culture."