Ad Tech Isn't a Threat to Agencies, It's an Opportunity | Ad Age
Skip to main content
Sign In Register

Ad Tech Isn't a Threat to Agencies, It's an Opportunity

How One Company Is Helping Its Clients
READ THIS NEXT
Inside Apple's New Campus: No Childcare (But You Can Freeze Your Eggs)

There was a time when only one black box mattered: Google's search algorithm.

Today, in ad tech, everyone owns a black box. As Keith Weed, CMO of Unilever, puts it, the result is "chaos."

To illustrate the challenges involved in this, let me tell you about some work we've done for a client of ours recently.

On behalf of this client, we simultaneously engaged three demand-side platforms: Affectv, Bizo and Quantcast. All three promise to help with audience development. All three operate by overlaying external sources of data on top of a client's existing data. Each claims that the eyeballs it delivers is the best. Quantcast says it's "almost psychic when it comes to reading behavior patterns" and that its insights are "so super-strong" it can "deliver high-potential customers you didn't even know existed."

Bizo says it can "identify and precisely target business people by specific business demographic criteria." Affectv, based in the U.K., says that "by understanding and translating the real-time data people produce . . . we can deliver a new standard in digital advertising."

So how did our three-way contest pan out? Well, in terms of cost per action, performance was nothing to shout about, but nothing to get depressed about, either.

The more interesting output was the data (all three companies deliver not just leads, but information, too.) All three gave us reports profiling our client's audience. And here's the thing: the content of each of these reports was radically different. Yes, some of those insights were very interesting. But they were frequently contradictory and surrounded by a fair amount of waffle.

We had to boil down these insights to prepare something that was ready to share with the client. Which is fine. This, after all, is what we're paid to do: make judgments and build a narrative. Given the proliferation of ad-tech options in the market, I suspect we're going to be doing this kind of work for a very long time to come.

Remaining relevant
The starting point for a lot of recent commentary is different. It's hard to avoid the notion that ad tech is killing agencies, rather than helping them to remain relevant. For example, we've seen the migration to programmatic raise questions about the future of agency trading desks. Sir Martin Sorrell is skeptical, and I am, too. "I don't think that good people will want to work in something like an in-house agency," he said recently. "They want variety. . . The war for talent is tough now and it's going to get tougher."

Threats to the agency model seem to lurk everywhere. We're told, for example, that we should be worried about RocketFuel, Criteo and the like selling direct. I beg to differ. As Chairman Mao once recommended, letting a thousand flowers bloom is the best way to promote progress. And to the extent that ad-tech firms are successful at selling direct, the amount of complexity that marketers need to manage will only increase. The result? Agencies will become more, rather than less, useful to their clients.

The truth is that the automation may be proceeding more slowly than some would like us to believe. (Strange but true: by one estimate, Microsoft still controls 76% of the market for media-planning software, courtesy of Excel.) This is a process that is going to play out over many years, in much the same way that it took the Fortune 500 the best part of a decade to install ERP and CRM and get it right.

All of these companies -- and plenty more -- have something to sell to us. And that's just the tip of the iceberg. One industry conference, ad:tech, now takes place in nine locations around the world. At Cannes this year, ad-tech executives swarmed everywhere, leaving creatives in the shade. PubMatic spent $100,000 on its presence, MediaMath sent 15 people and hosted two penthouse parties. Google staged its own conference within a conference, running 23 sessions over five days and offering yoga classes on the beach. As Miles Young, CEO of Ogilvy & Mather, sniffily put it: "It's become like a Consumer Electronics Show sur la mer; a sales exchange."

The traditional market for buying media was sufficiently complex that advertisers hired agencies to navigate it on their behalf. Why should it be any different in the case of digital advertising? When it comes to digital, the level of complexity is far greater. In the words of Terence Kawaja of Luma Partners: "Fragmentation is here to stay… I've now stopped calling for consolidation. It will just never happen... I say to people: Just get comfortable with the fact there are going to be a lot of companies."

We've witnessed an incredible flowering of innovation during the past five years. But we're nowhere near done. The majority of clients are going to need agencies to curate this incredibly vibrant and confusing market on their behalf for a long time to come.

Bob Ray is the president of DWA, a media-planning and communications agency for tech companies. 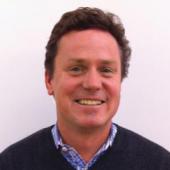 Bob Ray
Bob Ray is the president of DWA, a media-planning and communications agency for tech companies.
View all articles by this author