A key finding in the work the Association of National Advertisers, or ANA, has been doing on the media transparency issue over the past two years is that the contracts between marketers and their media agencies are at the very heart of the controversy.

And when it comes to those contracts, marketers are at a distinct disadvantage and are significantly overmatched in negotiations with their agencies. Here's why.

The huge holding companies like WPP, Omnicom, Publics, IPG and Havas all have teams of contract specialists whose jobs are to help the agencies get the most favorable contractual terms. These teams consist of lawyers who collectively have visibility into hundreds and perhaps thousands of advertiser/agency agreements. (Read that last sentence again, please).

Advertisers, on the other hand, most often have an in-house lawyer or two who not only review the media agency contract but are also responsible for weighing-in on a real estate contract, a sponsorship agreement, an executive compensation package, et al. They're generalists -- not specialists -- and they know the details and nuances of a single contract-- their company's. The agency's lawyers are familiar with the minute details of the contracts for the agency's entire client roster.

It seems clear that if expertise and knowledge represent power and leverage in contract negotiations, the agencies clearly hold the edge.

A key finding in the K2 Intelligence report on media transparency commissioned by the ANA and released in June was that many agency executives believe that their relationship with advertisers is solely defined by the contract between the two parties. And why wouldn't they? For the reasons stated above, they have the upper hand in the creation of those contracts.

But the K2 Intelligence report also said that conversely, advertisers expressed a belief that their agencies were duty-bound to act in their best interests and that obligation extends beyond the stated terms in their agency contracts. The report labeled this discrepancy "a fundamental disconnect,"

To address this inconsistency, the ANA and Ebiquity/FirmDecisions crafted a follow-up report entitled "Media Transparency: Prescriptions, Principles, and Processes for Advertisers," that included a focus on the media agency/advertiser contract. It recommended that advertisers immediately and consistently re-examine all existing media agency contracts and meticulously review all terms and conditions.

Advertisers need to understand that many contracts contain opt-in agreements that limit their rights and many contracts have inadequate audit/review rights. Further, given the speed of change in the industry, any contract not immediately reexamined likely puts advertisers at a serious disadvantage. The report also suggests that marketers use an independent third party to provide insight and contractual expertise.

The K2 report also makes it clear that advertisers have waited far too long to adopt adequate financial controls to prevent the kinds of non-transparent agency practices revealed in their study. Now is the time for advertisers to act. Complacency will only exacerbate the problem and increase the exposure.

The ANA, in conjunction with our General Counsel, Reed Smith LLP, has developed a media agency Master Media Planning & Buying Services Agreement which can be used by advertisers in developing their own agency agreement. The template was adapted from work originally done by ISBA (the Incorporated Society of British Advertisers) and its legal counsel Fieldfisher.

Further, in partnership with Reed Smith, ANA is offering a contract workshop for advertiser/agency agreements on Oct. 4 in New York and Nov. 16 in Chicago, open to advertisers.

Advertisers are indeed generally overmatched in contract negotiations with their agencies. To help level the playing field, advertisers first need to acknowledge that and then are very much encouraged to take advantage of the resources noted herein -- the report "Media Transparency: Prescriptions, Principles, and Processes for Advertisers," the media agency Master Media Planning & Buying Services Agreement, and contract workshop for advertiser/agency agreements.

The head of the 4A's recently commented, "It's inappropriate for a trade association to comment on contractual language, which is between two contracting parties, not between two trade associations." ANA disagrees! Since the contract defines the commercial relationship between advertiser and agency, it is only right that we provide guidance to members. 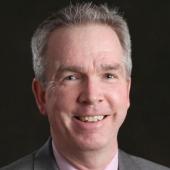 Bill Duggan
Bill Duggan is group EVP at the Association of National Advertisers.
Follow View all articles by this author