READ THIS NEXT
Inside Apple's New Campus: No Childcare (But You Can Freeze Your Eggs)
Credit: Illustration by Jeff Crosby/The iSpot

A few weeks ago, PepsiCo's Brad Jakeman called out advertising agencies for not evolving with the times. Most important, he criticized them for their lack of diversity.

As a woman of color who is the president of a growing brand and experience firm, I can tell you from firsthand experience that everything Mr. Jakeman said is true.

I got my first job in advertising when I was 19. I needed to make some money to help pay for my next year at college. My sister, who had been working as a receptionist at Bozell Worldwide, asked her friend in HR if there were any openings. Before I knew it, I was a secretary in their retail group.

That summer, I was introduced to a world I never knew existed. A vibrant world where people came together to play each other songs (I learned they were called jingles), where you could spend all day at an edit studio eating M&M's, where artists sketched all morning long and where the last day of the week was Keg Friday.

But it wasn't until I sat behind a two-way mirror and listened to people talk about what our clients' brands meant to them that I was hooked. What self-respecting psychology major wouldn't want to work in a world where we tried to figure out what people think? And it was fun.

From day one, though, I noticed that the only other people of color seemed to be secretaries, receptionists or workers in the mail room. And the only women on the executive floor sat in front of their C-suite bosses' office doors minding their calendars. It was 1998.

Over the next 17 years, I experienced the worst and the best of the ad industry. I saw people of color relegated to "urban" work. I heard male supervisors say that women "lost their focus" after they came back from maternity. I saw working mothers call their babysitters at 8 p.m. and through cracked voices tell them they weren't sure when they'd be home. I witnessed women being consistently paid less than their male counterparts.

By the summer of 2014, I was a senior executive and I just walked out. I was tired—exhausted really. Yes, I had "leaned in," but I was starting to think, "Why should I? Why should we be the ones who have to lean into a world and a culture that wasn't created for us?"

I am not saying there has been no progress. The client world is changing much faster than ours. There are many more senior female marketing executives than when I began—and that's a good start. But it's time for agencies to do what many clients are doing: take a long, hard look at their cultures and identify the areas for change.

We are in the business of ideas. Diversity—and collision of thought, experience, perspective and people—is where the electricity comes from. It just doesn't make business sense to ignore it any longer.

It's time that the leaders of the industry start asking themselves:
• Is there a correlation between the lack of diversity and the ad industry's growing business irrelevancy? • Why exactly do women leave? And why have the people of color never arrived?
• Do we think our culture of overwork really leads to great work?
• Why are women paid less than men doing the same job?

Last fall, I had coffee with Brian Collins and Leland Maschmeyer, two creative leaders whose work I deeply admire. We realized that the three of us were trying to answer the same question: Why should an industry tasked with building brands have a talent base that in no way reflects the diversity of the world we live in?

We also had a shared belief that the only way we could get to business-changing ideas for our clients is if we focus on building a culture that represents the wider world and allows us richer perspective into it. That meant creating a new kind of place where women, parents, people of color, people with disabilities, gay, lesbian, straight, transgender, caregivers, introverts, white dudes, extroverts, data seekers, "Firefly" geeks and every faith can thrive.

So last December, I joined the team at Collins. While we certainly don't have it all figured out at our firm, we're moving full steam ahead, working to build a culture for a quickly evolving creative industry. Among our first efforts is one that starts at the beginning: a new program with Harlem high schools for apprenticeships in design thinking. (But that's a story for another day.)

We need more places where all people are valued—and supported. Our clients face new, complex challenges every day. The only way we can create meaningful experiences for people is if we share a real understanding of how we all live. Then we can celebrate our unity in our diversity. 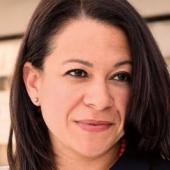 Amber Guild
View all articles by this author