Why We Need Behavioral Ads for Digital Diversity

A Counterpoint From the Digital Advertising Alliance
READ THIS NEXT
Inside Apple's New Campus: No Childcare (But You Can Freeze Your Eggs)

The old saw about advertising -- that we know half of it is worthless, but we don't know which half -- is an anachronism on the Internet, where data analysis allows us to measure the real value of online ads. Those metrics tell us that the value of consumer data in advertising is growing dramatically, and that smaller publishers are seeing some of the greatest benefit from that growth.

What's curious is that in the face of these objective metrics, opponents of interest-based advertising continue to argue that it doesn't provide value. It is impossible to have an intellectually honest discussion about relevancy and interest-based advertising, without acknowledging the simple mathematical truth that it generates a great deal of revenue for a vast number of publishers.

Jason Kint's recent piece, "Behavioral Advertising Might Not Be as Crucial as You Think," was nominally aimed at debunking a DAA-supported study, published by economists Howard Beales and Jeff Eisenach earlier this year – but is rife with questionable conclusions. What makes the article so disappointing is that it detracts from the legitimate discussion we should be having about how best to provide users with greater privacy and control over data in the era of relevant advertising.

The economic value of interest-based advertising doesn't mean we should ignore privacy. Quite to the contrary, it makes the development and adoption of successful trust mechanisms even more critical to the industry's health. But those mechanisms cannot ignore the economic reality or relevance that advertisers, consumers, publishers have come to expect from the web.

Of course, we believe that the Digital Advertising Alliance's ubiquitous, enforceable consumer choice program is the best way to go about increasing choice and trust while still enabling relevance and the value, which is the balance any privacy solution must strike.

How publishers benefit
There's room for debate on a lot of issues, but what we can't afford is to entertain the notion that using interest data to make ads more relevant somehow doesn't help publishers.

The Navigant Economics study that Mr. Kint wrote about found that advertisers pay at least three times more for ads where cookies are present. That means that publishers derive substantially greater revenue from the same finite ad real estate when they have access to ads that responsibly use consumer data. And by publishers, I mean both of content and services -- think of the social network you just checked, the weather, the news, or, increasingly, the app you just downloaded or any other of the dozens of free services most of us use on a daily basis.

Publishers and advertisers, as well as consumers, benefit from the relevance, competition and convenience this symbiotic relationship creates.

Indeed, this dynamic is so profound that the old construct of interest-based vs. non-interest-based ads is effectively obsolete in the current environment. Digital Advertising Platform technologies and data -- which form the engine of the programmatic advertising revolution, and which support the vast majority of publishers (both large and small) in some way -- absolutely depend on responsible, effective data usage for virtually all advertising, not just ads that fit the traditional model of "interest-based." The Study cites that "network and programmatic together account for a plurality of advertising" among top-ranked publishers and even a greater proportion among smaller publishers.

While virtually all online publishers derive some revenue from ads using third-party cookies, smaller publishers depend on network and programmatic ads much more heavily. Sites in the bottom half of the top 4,000 rated by Quantcast relied on Digital Ad Platform technologies and data for up to two-thirds of their ad impressions, according to the Navigant study.

We at the Digital Ad Alliance were perplexed by Mr. Kint's assertion that interest-based advertising accounts for only 10% of revenue for most publishers. He cites the Navigant study's finding that websites throughout the Quantcast top 4,000 rely on multi-party platforms to fill at least half of their ad inventory, but overlooks the study's finding that for smaller sites (in the bottom half of the 4,000 largest) the figure approaches two-thirds of their inventory.

There is also the issue of mischaracterizing the CPMs identified in the study, suggesting they get cut up into many small pieces before going to publishers, while the study made clear that those numbers represent direct payments to publishers. The data shows that ads supported by third-party cookies account for a far more significant portion of publishers revenues than Mr. Kint asserts, particularly among smaller publishers.

Put another way, Mr. Kint proposes to cripple the vehicle by which publishers fill up two-thirds of their ad inventory, and suggests that such a move won't have a significant economic impact. Kint also misinterprets the CPM data published in the report. Those figures represent the actual prices paid to publishers, not the total value of relevant ads. In this case, the answer to his rhetorical question "where does most of that money go?" is actually quite simple: it goes to publishers.

Don't turn off the revenue spigot
If, as Mr. Kint suggests, we simply regulate third-party cookies out of existence, a massive amount of revenue will simply drop out of the ecosystem, and the content providers supported by that revenue will suffer. This isn't speculation, it's mathematics. And, to be fair, Mr. Kint isn't alone in attempts to ignore this dynamic. We see similarly disturbing "reality avoidance" tactics from many who are seeking ideological business or policy advantages from what should be a conversation about privacy tools.

On the latter front, nobody in the technology sector has been more aggressive about privacy self-regulation than the online advertising industry. Many people know about the DAA icon and its opt-out program, but fewer know about the principles that every interest-based marketer must follow, or the two separate, independent enforcement programs that have completed 32 public compliance actions since the start of the program.

This year we will continue our aggressive expansion into the mobile marketplace where marketers and users alike are migrating in droves.

Unlike Mr. Kint and others, DAA is not here to pick business model winners and losers. The market will do that. We're here to make sure that publishers, agencies, brands and their consumers all benefit from competition and choices. 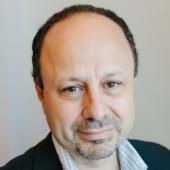 Lou Mastria
Lou Mastria is the managing director of the Digital Advertising Alliance.
View all articles by this author