What Brands Can Learn From Ads Aimed at Women

Despite the Rise of Fem-powerment, Most Women Still Feel Misunderstood by Advertisers
READ THIS NEXT
Inside Apple's New Campus: No Childcare (But You Can Freeze Your Eggs)

Women are leading businesses, boards and the governments of countries, thanks to the incredible transformation of women's roles in society and the workplace. Women are also increasingly important customers. Smart brands are waking up to the rise of women power, but it's not happening fast enough.

Recognition of the value of diversity and the rise of women's spending power have meant that women have become the core decision makers in b-to-c transactions. However, despite making nine out of ten purchase decisions, women are still misunderstood and mis-sold to by many brands. Taking women seriously can create huge opportunities for brands, but 91% of women still feel misunderstood by marketers.

New analysis drawn from neuroscience-based testing shows that overall, women have higher levels of engagement with advertising than men. An analysis of a selection of the past two years of Super Bowl advertising in the U.S. showed that even though most ads are gender-neutral, they perform 35% better among women than men. However, the most interesting insight drawn from the analysis revealed that ads created with women in mind are actually more effective at engaging not just women, but men as well. This suggests that in developing advertising campaigns, marketers should have women front of mind.

The findings also revealed that women pay more attention to ads overall, and specifically to scenes with people and relationships in them. This research demonstrates to advertisers that they can hold the attention of women throughout an ad, and therefore are able to build in a richer, more detailed and human story.

Marketers do, however, need to act with sensitivity and perceptiveness when creating ads that consciously target women. If not done with authenticity, many of these female-targeted efforts can backfire, such as IBM's misjudged attempt to encourage women to get into technology through its #HackAHairDryer campaign, which had to be pulled following complaints by women in the industry, and the disastrous "Bic for her" ad campaign. It is not enough to just "paint it pink."

While there have been blunders, advertising to women actually gives marketers "permission" to create better advertising. Universally, women respond very strongly to powerful storytelling and emotion in advertising. By targeting their ads to a female audience, advertisers have license to use all the resources in their creative toolkit to create a human story that builds emotional tension to deliver a powerful message.

Two of the best performers in the Super Bowl were the Microsoft and McDonalds ads from the 2015 season. Both used techniques to appeal to women, such as building a story through emotion and real people. These surpassed the 2016 crop of ads in terms of impact, driven by sky-high responses by women and very positive reactions by men.

The Super Bowl 2015 Microsoft ad series involved empowering stories which focussed on the question "What Can You Do?" In one ad, Estella Piper used her "Brilliant Bus" to educate and empower children, while another ad followed the heartwarming story of supportive parents determined to help their son, Braylon O'Neill, have a fulfilling childhood with prosthetic legs.

McDonald's also adopted a sentimental approach in its "Pay With Lovin" ad, which documented multiple customers paying for their burgers and McFlurrys with acts of kindness, rather than dollars, including family hugs, dancing, compliments and declarations of love.

This movement isn't limited to the U.S. and Europe. In China, one of the most successful ad campaigns in the last year came from Ferrero Rocher, showing a box of Ferrero Rocher travel from a passionate chocolatier to a loving couple and then given to the girl's affectionate parents to finally be handed out to a whole family while they enjoyed fireworks to celebrate Chinese New Year. The entire ad is filled with notions of happy relationships, both romantic and in the family, and acts of love and kindness. Not only did women respond incredibly strongly to this heartwarming ad, it was one of the best performers of the season among men as well.

The lesson for marketers is to create ads that work specifically for women, independent of the target audience. Women respond very strongly to powerful storytelling and emotion in advertising. And this type of advertising also works best for men. Women can turn a brand into a market leader, and brands that can't keep up are set to lose out on customer loyalty, and ultimately equity and sales. 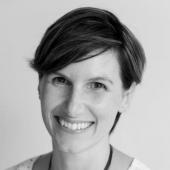 Anne Rayner
Anne Rayner is global head of communications research at TNS.
Follow View all articles by this author 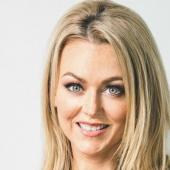 Bec Brideson
Bec Brideson is director at becbrideson.com.
Follow View all articles by this author