Some of Us Don't Want to Buy the World a Coke. What's Happened? | Ad Age
Skip to main content
Sign In Register

READ THIS NEXT
Inside Apple's New Campus: No Childcare (But You Can Freeze Your Eggs)
Budweiser's Super Bowl LI spot, 'Born The Hard Way,' triggered social-media hashtags #BoycottBudweiser.
Credit: Anheuser-Busch

The fog of the misspelled, poorly conceived #BudwiserBoycott still hangs in the post-Super Bowl air as brands and agencies try to wrap their weary heads around what the Trump era portends for American advertising.

America is choosing up sides. If the recent past is a predictor of the future, many (if not most) brands will not be given the option of remaining neutral.

The facts say we got here because Donald J. Trump waged a divisive campaign and then rapidly issued a series of edicts culminating in his chaotic and widely contested travel ban. Trump's order is at war with the foundational American principle that we are an inclusive nation of immigrants; that America judges people as individuals, not as groups and never based on race, sexual orientation, religion or nationality.

By coloring way outside the mainstream lines, Trump has politicized all aspects of American life. The result: a lot of people feel compelled to take a side and they're demanding that every person and institution in their lives join in.

The essence of a brand is that it stands for something more than product attributes. This has become increasingly true as ad avoidance has pushed advertisers into longer-form content. Brands lean on their "values" to attract loyalty and affection. Brands stand for inclusion, the environment, clean water, women's equality -- a host of once seemingly non-contentious ideals that are suddenly politically divisive.

If you doubt that Trump has radically altered and politicized the brand landscape, consider for a moment two iconic ads from Coca-Cola, a brand literally synonymous with American values.

McCann's "Hilltop" Coke ad from 1971 shows a multi-racial, multi-national young crowd singing, "I'd like to teach the world to sing / In perfect harmony / I'd like to buy the world a Coke / And keep it company." Variety said in 2015 that it's one of the rare ads that "became landmarks of American culture."

Coke hit the same note in an ad first aired on 2014's Super Bowl and re-run before this year's kick-off. "America the Beautiful" is sung in eight languages by people of many colors, national origins and, presumably, religions, including Muslims. Coke has said the ad celebrates "the moments among all Americans that promote optimism, inclusion, and humanity -- values that bring us closer together."

Suddenly these blandly optimistic, feel-good spots and many like them are generating controversy, anger, hatred, news stories about "political messages" in ads and the trending hashtags "BoycottCoke" and "BoycottBudweiser."

Yet the advertising hasn't changed in half a century. The only thing that's different, really, is America's president.

It's not just Coke in the crossfire. It's potentially everyone. Many have volunteered for the fight. Starbucks and Airbnb offer jobs and housing to refugees; Google, Apple, Microsoft, Facebook and some 90 more tech brands are intervening in court against the Trump immigrant and refugee bans. Uber was forced to change sides. Lyft took advantage and turned its dissent into download victory at the app store.

Presidents of some 50 colleges, including every Ivy League university, signed a letter saying Trump's travel ban "threatens both American higher education and the defining principles of our country." Consumers are rising up individually to pressure brands to block their ads from politically "inappropriate" sites, including Breitbart News, the ultra-right haven for hate speech formerly headed by Trump advisor Steve Bannon. Warby Parker and Mack Weldon are among those that responded to tweeted complaints by blocking their ads from Breitbart.

What's a brand to do? That depends on what a brand stands for. But understand there's no getting out of this one. In an atmosphere where people feel threatened, they quickly turn angry. Then everything becomes political and there's really one option: look deep, figure out your brand's fundamental values and live by them. Be who you actually are.

Not easy, I know. But necessary. 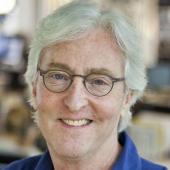 Kirk Cheyfitz
Kirk Cheyfitz is co-founder of Story Worldwide, a marketing expert and a journalist.
Follow View all articles by this author