To Chagrin of Traditional Magazines, Bathtub Barrier Is No More | Ad Age
Skip to main content

To Chagrin of Traditional Magazines, Bathtub Barrier Is No More

If You Want to Reach Millennial Women, Reach Them Where They Are -- Online
READ THIS NEXT
Inside Apple's New Campus: No Childcare (But You Can Freeze Your Eggs)

Watch out print media, the Bathtub Barrier has been broken!

And in the media world, that 's the equivalent of crashing through the sound barrier.

The final step in the revolutionary shift in young women's media habits from print to digital, which has accelerated over the past five years, has happened.

Women can now fully luxuriate in the experience of relaxing and reading in the bathtub -- while online.

The bathtub was the last frontier that digital had to cross to embed itself into every aspect of the lives of its 18-to-34-year-old readers.

How we got here

Two key components had to come together to break the Bathtub Barrier. 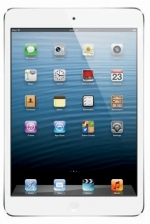 Multitasking on the iPad Mini.

First, there needed to be websites that created the same intimate, emotionally connected experience with young women that magazines such as Glamour, Cosmopolitan, Marie Claire and Us Weekly were known for.

Up until recently, it was a seemingly unique experience that they had "owned" for decades. As the former editor-in-chief of all those magazines, I would have sworn that it was irreplaceable.

In the past, only print magazines could answer young women's pressing needs to find fulfilling love and career lives, plus get the fashion, beauty, hair and diet how-tos they had to have every month.

Magazines, with their warm editorial voices, created a personal relationship with their readers that wasn't widely challenged in the first round of female-focused websites.

Too many of the first-generation digital sites for young women merely aggregated content or focused solely on providing photo galleries, instead of giving their readers the service, advice and opinion they wanted along with basic news.

But that was then and this is now. Today's digitally savvy millennials have their choice of branded young women's sites edited with the same reader-focused and engaged approach as magazines. To name a few: Jezebel, Fashionista, HelloGiggles, YourTango and BeautyHigh.

These sites have warmth, humor, strong female voices, content that relates to its audience's lives and a big bonus over some magazines: timeliness.

They can report, comment and engage in two-way conversations with their readers about the news that today's young women are obsessed with, and that 's exactly what their audiences want.

The millennials more than any other generation need to be in the know, now.

They are a key part of the 57% of people who graze for news throughout the day vs. the 38% who tune in at regular times, according to the Pew Research Center.

Ninety-seven percent of 18-to-29-year-olds use the internet, reports Pew, and 18-to-34-year-olds spend 79.5 hours a month online, according to October's Nielsen NetView.

On one hand, you have digitally native and timely sites now providing the editorial content that was once only accessed in the pages of a magazine.

So what's the second component? Today, young women have digital devices that they can take into the tub.

The iPad broke the Bathtub Barrier when it was born on April 3, 2010. At last, a portable, lightweight digital device that allowed women to replicate the magazine experience, while they soaked (carefully).

Now, I predict the iPad Mini will hyper-accelerate the watershed moment we're in. At 7.8 by 5.3 inches and weighing 0.69 pounds, the iPad Mini is a bathtub no-brainer.

It also fits into almost every purse a young woman may carry, which means it will go everywhere with its readers, who can access news, info and shopping at their fingertips.

IPad Mini sales are already stupendous. Three million were sold in the first weekend they were available, according to Yahoo Finance.

Twenty-six million iPads and iPad Minis are expected to be sold during the fourth quarter of 2012, predicts analyst Sameer Singh with Finvista Advisors.

All of this will only speed the dropping sales of young women's magazines at the newsstand.

In the past five years, Glamour is down 35% at newsstand, Marie Claire 32%, Cosmopolitan 23%, People 37% and Us Weekly 31%, according to the Audit Bureau of Circulation.

The writing is on the wall for print publishers and for advertisers.

If you want to reach millennial women, whether they're at work, at school, shopping, at the gym, or relaxing in the bathtub, you need to access and talk to them where they are -- online.

Bonnie Fuller
View all articles by this author