When a client makes the decision to part ways with an agency, many challenges arise. Meetings become awkward. Momentum wanes as the client looks ahead to working with the new partner. The agency is distracted (and likely unmotivated) as it considers how it will deploy resources onto other accounts.

While this can be a tough time for all, it's the agency that needs to be most concerned about the lasting effects of a poorly managed transition. The way an agency behaves after losing a client's business has a long-term impact on its reputation. And as we all know from our own interactions with brands and businesses, bad experiences are much more memorable than good ones.

Five years from now, you don't want to walk into a pitch and find yourself across from an old client where things ended on a bad note. Nor do you want to be the new business guy who doesn't make the shortlist because your agency predecessors left a poor impression on the brand CMO. Not your fault -- but the stain will stick with your agency and with you.

Agency transitions are difficult, and dare we say, painful at times. But it's in an agency's (and client's) best interest to make the move as seamless as possible. Here are a few ways to ensure a better transition:

1. Agencies need to keep doing what they're doing until the day the business officially changes hands. There should be no discernible shift to the attention paid to the client or the work.

2. The agency should communicate swiftly and across all levels that the relationship is ending.

3. A transition meeting should be set up by the agency as soon as it learns the business is leaving. Don't wait for the client to ask for it.

5. Many agencies will balk at this, but consider establishing an offboarding process. Most agencies have a well-developed onboarding protocol for new clients, but an established plan to transition business to a new agency would leave a lasting, positive impression on an exiting client.

6. Develop timelines for work to be completed.

7. Review budgets and confirm what will transition to the new agency.

8. Review client assets and data to determine how and when they will transfer.

10. Over-communicate. Assure the client that nothing will fall through the cracks.

With such a competitive marketplace, agencies need to ensure that everything works in their favor when chasing new business. Commit to following through on deliverables until the day the business moves so no one pays for it later. And if transition expectations are built into contracts at the start of the relationship, the end of the relationship will be smoother for all involved. 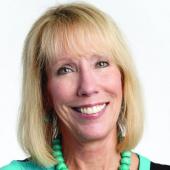 Judy Neer
Judy Neer is president and CEO of Pile and Company, a management consulting firm that specializes in client-agency relationships.
Follow View all articles by this author 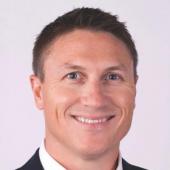 Dan Jeffries
Dan Jeffries is the founder of Jeffries Consulting and a Pile and Co. partner. Dan works closely with brands, agencies and procurement to maximize the value of their marketing investments.
Follow View all articles by this author