Marketing to Women Will Be Held to a Higher Standard to Reflect Shift in Attitudes
READ THIS NEXT
Inside Apple's New Campus: No Childcare (But You Can Freeze Your Eggs)

Girl power is on the rebound. We have seen the female empowerment movement spring up in all the right places recently -- in ad campaigns, among celebrities, with parents and advocates of young girls, and even within organizations as tech giants like Google and eBay try to be more accountable for increasing diversity in their ranks.

Last week, Ad Age highlighted how advertisers are getting in on the big push for all things girl with "fem-powerment" campaigns such as "Like a Girl" by Always, Dove's "Real Beauty" and Verizon's "Inspire Her Mind." This article about the renaissance of girl power raised an important question: Do these ads really drive positive changes in our culture or is this just another case of "pinkwashing?" I would argue that these ads aren't pushing us forward; they're simply catching up to what's happening in culture, reflecting ideals and attitudes that many women -- and men -- already hold true.

The women's issue is one of the longest-running social justice debates in history. More than a century before women were granted the right to vote, First Lady Abigail Adams chided her husband and then President John Adams about the abject lack of validation of women in America -- rather ironic in a country founded on the pillars of equality and freedom. President Adams acknowledged the sheer magnitude of women as an emerging force in many letters with his wife, declaring women as a "tribe more numerous and powerful than the rest."

While the power of the tribe is growing in terms of education, influence and spirit today, the swell of global feminine empowerment has just begun to hit a crescendo. A cynical New Yorker might say that this sudden interest or consciousness has been spurred by the inevitability that social media will expose any remaining misogynists, so they better get ahead of it. A more optimistic stance could be that women and men alike are truly committed to contributing to the success of our girls and pushing our society to double-down on women's achievements.

Young men are facing a new type of pressure to live up to the #impossiblestandard of "doing it all" -- something that women have been dealing with forever as they juggle the role of breadwinner and parent, decision-maker and listener, power player and empathizer, leader and collaborator, and so on. So where do men fit into the equation? Today's generation of young men who are coming of age in leadership positions are far more open, if not downright encouraging, of female empowerment. If the name of the game is to create an even playing ground, then we should be inviting the male perspective to the conversation and letting them participate in the movement in a meaningful way.

Powerful new campaigns like Under Armour's "I Will What I Want" and HelloFlo's "First Moon Party" highlight how this emerging wave of feminism is focused on deprogramming cult-like language and thoughtless visualizations in the hopes of eliminating impossible double standards for girls. It's not surprising, as a result, that makers of popular culture have begun to shift how we talk to, sell to, appeal to and represent women. I am certain that marketing and advertising will be held to a higher standard than ever before, as transparency and attitudes progress at an accelerated rate, and as a more powerful, passionate and accomplished tribe of women no longer tolerate being held to standards that they had no hand in defining.

How we as marketers and advertisers confront this new reality is no longer a matter of when, but how. 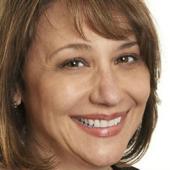 Laurel Rossi
Laurel Rossi is president of Havas Worldwide Strat Farm and chair of the board of directors of The Advertising Club of New York.
View all articles by this author