'Mad Men'-Era Gender Roles Linger in Ads and at Agencies
READ THIS NEXT
Inside Apple's New Campus: No Childcare (But You Can Freeze Your Eggs)

Cindy Gallop
When Ad Age asked me for my take on how much advertising to women has changed since "The Sexual Sell" chapter in Betty Friedan's "The Feminine Mystique," I had to go and buy a copy to reread it.

I asked the information desk at my local Barnes & Noble where I could find the book -- which turns 50 this year -- and was directed to Women's Studies. I located it quickly, but then found myself browsing through the many brilliant and compelling books alongside it, thinking what a pity they were all categorized in a section that was guaranteed not to attract male browsers and buyers.

That's the first thing that hasn't changed about advertising to women, right there.

I'm not going to recap what "The Sexual Sell" is all about -- because I had enormous trouble forcing myself to reread it without giving in to my constant desire to scream very loudly and hurl the book at the wall. Suffice it to say it's everything you cringe at in "Mad Men" -- our industry reinforcing through psychological manipulation that a woman's place is in the home so she will stay there and buy lots of home-related products. As in 1963, so with the Women's Studies section in B&N in 2013: We're a subset. We're a specific target audience. We are categorized as "women's this" and "women's that." 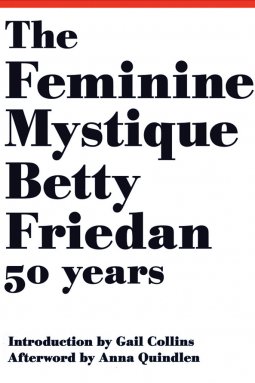 But we're not a subset. We're the norm.

In 1963, Friedan wrote, "Women are the chief customers of American business ... women wield 75% of the purchasing power in America."

And yet the majority of people creating advertising that targets women are male (only 3% of ad agency creative directors in the U.S. are female). The majority of people deciding the gold standard of creativity, appeal and effectiveness of that advertising are male (as anyone who's played "hunt the woman" in an advertising-awards-jury photo knows). And the majority if not nearly all the people leading and managing the holding companies and agencies -- in other words, the firms that drive our businesses -- are male.

That's the third thing that hasn't changed since Friedan's day. We, the dominant consumer, are still all too often reflected back to ourselves through the male gaze. We are still being shown images that men believe we aspire to -- or should aspire to.

Our industry sells to women, first and foremost. When it comes to purchasing power and influence, women are the norm. We need to flip the industrywide mind-set -- that men are the main, most interesting audience, and the only one you can do great creative work for -- and to pursue together the best of all possible futures for our industry: one envisioned, driven and built by men and women equally.

Friedan wrote: "Never underestimate the power of a woman, says another ad. But that power was and is underestimated in America. ... Perhaps it is only a sick society, unwilling to face its own problems and unable to conceive of goals and purposes equal to the ability and knowledge of its members, that chooses to ignore the strength of women."

Substitute the word "industry" for "society," and let's take a long hard look at ourselves. We owe it to Betty.

ABOUT THE AUTHOR
Cindy Gallop is the former chairman of BBH New York and founder of IfWeRanTheWorld & MakeLoveNotPorn. 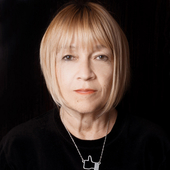 Cindy Gallop is the former chairman of BBH New York, a consultant, and founder/CEO of IfWeRanTheWorld and MakeLoveNotPorn.