The Dissent: Why One FTC Commissioner Thinks Do Not Track Is Off-Track | Ad Age
Skip to main content

The Dissent: Why One FTC Commissioner Thinks Do Not Track Is Off-Track

Rosch: Concepts to Guard Online Privacy Have Not Been Properly Vetted
READ THIS NEXT
Inside Apple's New Campus: No Childcare (But You Can Freeze Your Eggs)
J. Thomas Rosch

The media loves "do not track." In recent days, there has been a flood of news articles reporting that the Federal Trade Commission does, too. Some of those articles have even implied that the commission has endorsed particular do-not-track mechanisms. To some extent, that may be the fault of the FTC's own press releases. But in any event, this implication is wrong.

The concept of do not track has not been endorsed by the commission or, in my judgment, even properly vetted yet. In actuality, in a preliminary staff report issued in December 2010, the FTC proposed a new privacy framework and suggested the implementation of do not track. The commission voted to issue the preliminary FTC staff report for the sole purpose of soliciting public comment on these proposals. Indeed, far from endorsing the staff's do-not-track proposal, one other commissioner has called it premature.

I also have serious questions about the various do-not-track proposals. In my concurring statement to the preliminary staff report, I said I would support a do-not-track mechanism if it were "technically feasible." By that I meant that it needed to have a number of attributes that had not yet been demonstrated. That is still true, in my judgment.

First, there are a number of consequences if a consumer adopts a do-not-track mechanism. To begin with, a consumer may sacrifice being served relevant advertising. On a related note, there is academic research suggesting that in order to compensate for the loss of the ability to track consumer behavior and the associated ability to serve relevant advertising, advertisers may need to turn to advertising that is more "obtrusive" in order to attract consumers' attention.

Consumers may also lose the free content they have taken for granted. Not only could consumers potentially lose access to free content on specific websites, I fear that the aggregate effect of widespread adoption by consumers of overly broad do-not-track mechanisms might be the reduction of free content, free applications and innovation across the entire internet economy. Beyond that, consumers may forgo the reported ability to earn commissions from "selling" the right to track their behavior or allow the use of their personal information.

I also wonder whether an overly broad do-not-track mechanism would deprive consumers of some beneficial tracking, such as tracking performed to prevent fraud, to avoid being served the same advertising, or to conduct analytics that foster innovation. Concerns have been raised that do-not-track mechanisms also may have the unintended consequence of blocking tailored content, in addition to advertising.

These questions echo the concern voiced by Sens. Mark Pryor, D-Arkansas, and Claire McCaskill, D-Mo., at a hearing of the Senate Commerce, Science and Transportation Committee earlier this month. They warned against sacrificing the benefits of the free internet for the sake of privacy. It is not clear that any of the do-not-track proposals that have been advanced adequately deal with that tradeoff.

Second, another issue is potential consumer confusion about the terminology "do not track." As some have pointed out, there is no consensus on what "tracking" means. In fact, I don't know precisely what it means. Some tracking, for purposes unrelated to behavioral advertising, may always occur. When consumers are offered a do-not-track option, they may misunderstand the limited scope of that choice; and, in some instances, calling a mechanism "do not track" could arguably be deceptive.

Third, I am concerned that the recent rush to adopt untested do-not-track mechanisms might be based, in part, on a reluctance to take on the harder task of examining more-nuanced methods of providing consumers with choice. It is always easier to just say "no" with a blunt instrument, rather than to take the time and effort to consider all of the ramifications of the different alternatives.

More specifically, the browser market is heavily concentrated. Most -- though not all -- firms in the browser market operate for profit and those firms monetize some of their other businesses by advertising. There is nothing wrong with that as such. But we need to know: 1.) whether any of those firms enjoy monopoly or near-monopoly power in any online advertising market; 2.) whether there is any difference between the advertising in which those firms are invested (including the various kinds and combinations) and the advertising portfolio of competitors that may make the latter more vulnerable in the event do-not-track mechanisms are installed; and 3.) whether there is any other way that a firm that dominates the market may be able to disadvantage a rival if do-not-track mechanisms are adopted.

These are some of the questions for which I will be seeking definitive answers before I can support any particular do-not-track proposal. But again, I am speaking only for myself because, as I emphasize, the commission has not yet voted to endorse any such proposal. 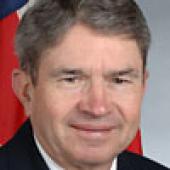 J. Thomas Rosch
View all articles by this author