Hershey's and 3D Systems Are Developing Printable Candy
READ THIS NEXT
Inside Apple's New Campus: No Childcare (But You Can Freeze Your Eggs)

Coca-Cola was at the annual Licensing Expo in Las Vegas as usual, this time getting ready for the 100th anniversary of its iconic contour bottle next year with a booth full of vintage products. But Coca-Cola also looked forward, with a licensed 3-D printer for consumers, the Ekocycle Cube in partnership with 3D Systems and 3D Systems' chief creative director, Will.i.am.

Coca-Cola and Will.i.am, who started the Ekocycle brand with Coca-Cola in 2012, are offering a 3-D printer that comes with 25 ready to "print" concepts curated by will.i.am. It will also have a sustainable component, which is on brand for Coca-Cola's Ekocycle. The filament used to create the objects will be produced -- at least in part -- by recycled 20-ounce plastic Coke bottles.

3D Systems expects this to be just the start: The company is also working on a 3-D printer for confections in partnership with Hershey's. 3D Systems will be responsible for the technology and the geometry of the confections while Hershey's will consult on use of chocolate and taste. Although the machine will take any type of chocolate, guidelines will be provided on how to achieve a Hershey's-quality outcome.

3-D printing is already making its way into is toys. Hasbro was very tight-lipped about its future plans for 3-D printing, but the marketer is definitely underway, especially after signing a deal with none other than 3D Systems back in February to bring some of its franchise characters to life.

MakerBot, another 3-D printing company, had a 3-D printer at the show printing a character from its collection in partnership with Pretty Ugly, under which it will sell designs online for collectible Uglydolls. MakerBot and Pretty Ugly are hoping to grow with the offering as demand for 3-D printers increases.

Speaking of licensing firsts, it would be hard to close out the Expo without mentioning Grumpy Cat. No, he's not involved with 3-D printing. However, aside from Felix the Cat, one of the first feline pioneers in licensing, I don't think there has ever been a more popular cat -- and from a meme no less. To think that a cat meme could turn into such a blossoming brand -- with its own line of coffee and a movie coming to Lifetime -- is just astonishing. 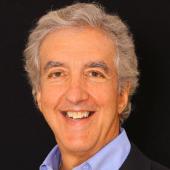