Jeff Goodby on Where 'Got Milk?' Lives On | Ad Age
Skip to main content
Sign In Register

Jeff Goodby on Where 'Got Milk?' Lives On

Exec Behind the Agency That Created Famed Tagline Speaks About Its Future
READ THIS NEXT
Inside Apple's New Campus: No Childcare (But You Can Freeze Your Eggs)

Sometimes a story is so deliciously close to provocative, the headline writers can't help pushing it over the line.

Time magazine said, "The Dairy Industry is Axing 'Got Milk?'"

The New Yorker's headline read, "THE END OF GOT MILK?"

Neither one was exactly true. Actually, the "Got Milk?" tagline will continue in California, where it originated. This means that over 12.5% of the country will still be hearing the two words that are perhaps the most ripped off in advertising history.

The campaign with the Aaron Burr guy, the peanut butter-and-jelly sandwiches and the "Get the Glass" game will not be put out to pasture this year.

It is only the national milk board that will phase out the line. The confusion stems from the fact that the national folks ran our California advertising for four years in the early '90s, but since then has leased only our tagline, running it largely in their "Milk Mustache" campaign (which previously used the tag, "Where's your mustache?").

It has all made for a frustrating week. My California milk client has had to scramble to remind the umpteen licensers of "Got Milk?" -- the makers of Magic Straws, mugs, and baby onesies -- that the campaign is emphatically not dead. And we have watched almost every news outlet mistakenly use imagery of our "Aaron Burr" or "Heaven" spots as examples of the campaign we will never see again.

The national board says "Got Milk?" just isn't working for them anymore, so they are moving on to "Milk Life" and a campaign with a decidedly informational tack.

To be honest, milk sales everywhere have slumped in the past decade, although California's decline was twice the national average when "Got Milk?" began. The erosion here was virtually halted for many years, but now runs about even with the national rate.

To me, the interesting question is not why the national board has gone to "Milk Life." It is: Why would California continue with "Got Milk?"

The short answer is that it's California -- people here are simply more health-conscious. There is less need to belabor this aspect.

More important, however, "Got Milk?" is a strong brand in an industry that has been slow to embrace packaging changes and product innovation. (Only recently did milk come in containers that could fit into car cup holders.)

"Got Milk?" boldly presumes that milk is essential. People notice it most when it is not there. Very few products could make this claim, and it's a positioning that has helped withstand repeated attacks from other drinks.

This positioning firmly entrenched the two words "Got Milk?" in our popular culture. Can you remember the current taglines of any of the big soda or sports-drink companies? Our quantitative research shows that, year after year, "Got Milk?" is far out in front.

Finally, there is the coolness factor. "Got Milk?" is simply cool and coolness is a tiebreaker that helps keep the beverage world from becoming rational nutrition comparisons. Coolness is crucial in a marketplace that must be refreshed with young drinkers who are easily led astray by fake milks and zoomy sports drinks. Coolness gets barns on the interstate painted with everything from "Got Jesus?" to "Got Radiohead?"

In California, coolness is vital. We're not letting it go. The rest of you cows are on your own. 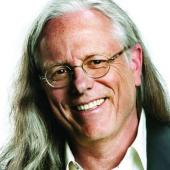