Five Legal Trends You Need to Watch in 2015

From Data Privacy to Social-Media Pitfalls, Media-Law Trends to Keep Tabs On
READ THIS NEXT
Inside Apple's New Campus: No Childcare (But You Can Freeze Your Eggs)

What's hot for advertising law in 2015? From privacy concerns to social-media complications to the aftermath of multiple U.S. Supreme Court decisions, 2015 looks to be a busy year. Taking the temperature of the advertising world, our firm found five areas that warrant a closer look.

Amid high-profile data breaches and rising concern over consumer privacy rights, the collection and use of consumer data for marketing purposes is on the radar of government regulators. From the Federal Trade Commission to state attorneys general, privacy and data security are at the top of enforcement lists across the country. In addition to taking action against big and small companies alike for failing to follow through on privacy promises, the FTC is currently fighting to keep its data-security powers alive in a battle with Wyndham Hotels that could yield a potentially game-changing decision in 2015. (After the FTC filed a complaint against the hotel chain, Wyndham challenged the scope of the FTC's authority to regulate data security. The case is currently before the Third U.S. Circuit Court of Appeals.) 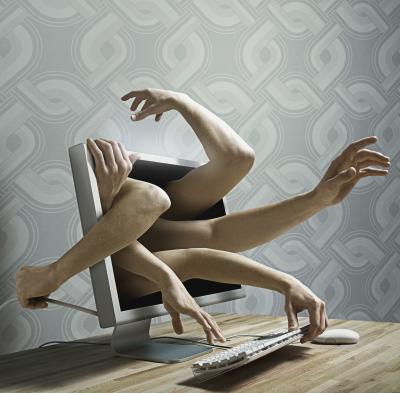 The coming year could finally be the time when Congress enacts privacy legislation. Complicating matters even more, consumers are also joining the fray. Plaintiffs are trying out creative applications of the law to hold companies liable for data breaches and other privacy infractions, the sharing of data with third parties, and the collection of information. Advertisers should brace themselves for continued regulatory scrutiny and inventive litigation as privacy rights continue to evolve.

How can marketers properly conduct sweepstakes and promotions over social-media platforms? This question will be a subject of much debate in 2015, particularly after Facebook changed its policy in late 2014 to prohibit advertisers from "like-gating" a page to gain access to content (including a song, video or brochure) or enter a contest, a common method for marketers for many years. The ban on "like-gating" changes the picture for marketers attempting to engage with consumers on social media.

Brands also need to keep in mind that social-media contests can lead to regulatory inquiries. Cole Haan faced an FTC investigation this year after the commission said that entries for the Wandering Sole contest on Pinterest -- where contestants created a board with images of Cole Haan shoes and their favorite travel destinations -- constituted a product endorsement, triggering certain disclosure requirements.

Last year proved to be pivotal for false-advertising litigation with a pair of decisions from the U.S. Supreme Court. In a unanimous decision in the labeling dispute between POM Wonderful and Coca-Cola, the Court gave brands another powerful weapon to bring false-advertising claims against competitors under the Lanham Act, holding that the statute could peacefully coexist with other regulations like the federal Food, Drug and Cosmetic Act. This statutory interplay allowed by the justices -- coupled with a March decision adopting a broad, statute-based test that confers standing on parties to sue under the Lanham Act beyond direct competitors -- will likely lead to an uptick in false-advertising litigation in the coming months.

At the very least, brands will need to conduct a careful review of packaging and labeling, even for claims that comply with FDA regulations, to ensure that they are not misleading as the packaging claims are now fair game for competitive challenges.

And from the private bar, don't be surprised to see the tidal wave of litigation over "natural" claims carry on as class actions continue to be filed -- and reach multimillion-dollar settlements like the $5 million deal Kashi made this year over challenges to waffles and fiber bars.

Social media has fundamentally changed the relationship between celebrities and brands. Who could have predicted Dreft laundry detergent sponsoring tweets from the birth of the first Jonas baby? But when celebrities act as ongoing ambassadors for brands via their social-media activity, it is essential to keep in mind the FTC's Guides Concerning the Use of Endorsements and Testimonials in Advertising.

The central tenet: disclose, disclose, disclose, and when in doubt, disclose. Proper disclosure of a relationship between celebrities and brands can prevent FTC enforcement activity that could target both the brand and the celebrity. Brands must also be careful in using celebrity photos via social media without their permission, as evidenced by Katherine Heigl's $6 million lawsuit against Duane Reade after the pharmacy chain tweeted a single image of the actress carrying one of its shopping bags.

For the coming year, the FTC has signaled a focus on issues including marketing to children, mobile advertising, data security and privacy, and ensuring advertisements contain adequate disclosures. Since the FTC updated the Children's Online Privacy Protection Act in December 2012, enforcement has been a priority for the commission, with recent actions like a suit against Yelp and another mobile app company for illegally collecting the personal information of children under the age of 13.

Other areas of focus for the FTC include: the mobile ecosystem (the agency has stressed that the traditional truth-in-advertising standards apply with equal force in the ever-growing mobile world) and data security, with continued efforts to hold companies accountable for overstating their privacy promises and for unfair or deceptive data-security practices. The commission also announced a new initiative, Operation Full Disclosure, focused on large, national advertising campaigns that fail to make adequate disclosures -- a reminder that the FTC hasn't taken its eye from offline compliance even in the face of new technology. 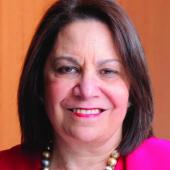 Linda Goldstein
Linda Goldstein is partner and chair of the advertising, marketing and media division at Manatt, Phelps & Phillips. She also chairs the Brand Activation Association's Government Affairs Committee.
View all articles by this author