Focusing on the Opportunity in the Ho-Hum Can Yield Big Rewards
READ THIS NEXT
Inside Apple's New Campus: No Childcare (But You Can Freeze Your Eggs)

Years ago author Peter Lynch coined one of the most popular personal-finance mantras of our generation: "Invest in what you know." He advised putting money in companies that will benefit from blatantly obvious consumer trends. Sometimes this means skipping the exciting and risky in favor of the ho-hum and predictable but, he posited, it can lead to big gains. 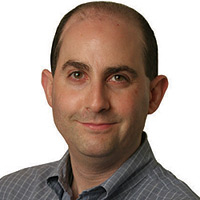 This advice is worth revisiting as interest in content marketing surges. As we race to keep pace with fast-moving consumers, technologies and platforms, I'm growing concerned that we are at risk of ignoring boring stuff that can offer huge returns.

This is how I've come to view e-books. They're a giant opportunity -- and virtually untapped by marketers.

There's a wealth of empirical and anecdotal evidence that suggests our appetite for e-books and electronic texts is soaring, even as we crave more infographics, videos and photos.

According to a December study by the Pew Research Center's Internet and American Life Project, 23% of Americans age 16 and older say they have read an e-book in the last year, up significantly from last year.

There's evidence that this huge audience is not just reading blockbusters but consuming homegrown content -- some in the form of short singles and serials. Amazon reported 25% of the top 100 Kindle e-books last year were self-published through its Direct Publishing platform. Yet none that I could find were produced by brands.

Anyone who rides the New York subway knows how popular e-books are. Despite the proliferation of tablets and smartphones, there's only one device that you're likely to see in every car and every subway line—e-ink e-readers: Kindles and Nooks.

The door is clearly open for brands to become publishers, but no one seems ready to jump in.

Hyperink CEO Kevin Gao told me his company, which helps writers turn content like blog posts into books, is mostly seeing interest from large publishers like Forbes. It has had only a few conversations with major marketers.

So what's the hang-up? Guy Kawasaki, author of 12 bestsellers, including his latest self-published work, "APE -- Author, Publisher, Entrepreneur," says it requires a shift in thinking. He believes most would-be authors, marketers included, find it hard to see e-books as anything more than a branding vehicle. Instead, he says, they need to have something to say that adds value to people's lives.

He remains optimistic, however, that companies could unlock their knowledge with a series of guides -- for example, a Southwest Airlines could publish handy business-travel guides. "The two most popular words on the web are "how to,'" Kawasaki told me.

He's right. According to Google, the word "how" is searched far more than any of the "five W's" -- who, what, when, where and why. A good e-book can answer this question at length. What's more, according to Kawasaki, it can cost less than $5,000 to produce.

It seems like a no-brainer, yet the market is stalled. So is this the year marketers experiment with e-books? It should be, as more funds shift toward fusing marketing with purpose. But, I fear, apps, infographics and YouTube videos will always be far shinier than lowly text. Those who see beauty in the written word may be able to capitalize on what David Lynch would call a "10-bagger."

ABOUT THE AUTHOR
Steve Rubel is exec VP-global strategy and insights, Edelman. Reach him at [email protected]