Marketers: It's Time for a Smarter Take on the Modern Male | Ad Age
Skip to main content
Sign In Register

Marketers: It's Time for a Smarter Take on the Modern Male

Don't Forget Male Audiences Amid Rise of Fem-powerment Ads
READ THIS NEXT
Inside Apple's New Campus: No Childcare (But You Can Freeze Your Eggs)

Our society is at an odd inflection point when it comes to gender dynamics. There's no doubt that men still hold many crucial advantages, so there's plenty of reason to cheer feminism's pop culture moment -- from Beyoncé spelling it out in lights at the VMAs; Always showing that there's no shame in acting "like a girl;" and other brands seizing upon female empowerment as a way to connect with women audiences.

But today men are falling behind women in some important ways, facing new pressures and evolving in areas that marketers aren't giving them enough credit for. So let's not forget the guys: They can benefit from empowerment messages, too, and will welcome a smarter, more nuanced take on the modern male.

It's not exactly "The End of Men," as Hanna Rosin's book put it, but men have been lagging behind women in education for years. Among millennials, roughly 8% more women are attending college than men, or already hold degrees. The continuing shift away from a manufacturing-based economy and toward a more automated one favors women. And Pew reported last year that each new crop of adult men under 35 has been less active in the labor market than the preceding one, and while men on average still outearn women, median hourly wages for 25- to 34-year-old males fell by as much as 20% between 1980 and 2012. Men will always have some advantages, but increasingly they will have to try harder to keep up.

JWT research conducted last year found that as many as 70% of American and British men agreed that men are becoming less dominant in society. The study also found that men believe it has become harder to be a man today; harder to succeed in the working world; and harder to succeed as a father and husband than it was 30 years ago.

Some brands are celebrating men

Slowly, advertising has started to change its tune in this regard. The much-maligned "doofus dad" image is finally fading away. As dads become more central in all aspects of their kids' lives, more brands are creating work that celebrates rather than mocks what fathers do. Dove created a video showing how dads wholeheartedly participate in childrearing (#RealDadMoments). Meanwhile, a recent Canadian campaign for Peanut Butter Cheerios is a lighthearted ode to the modern dad.

Consumer research has found that men today largely aspire to be well-rounded and upstanding, but advertising is often quick to paint them as more one-dimensional and less well-intentioned. Clichés around masculinity -- rooting for a football team, grilling steaks, ogling women -- still predominate in marketing communications and male-targeted products (take Powerful Yogurt, which promises to help the consumer "Find your inner abs") even as we move into a more nuanced concept of gender that questions stereotypes and old assumptions. For example, men are far more comfortable taking charge in the kitchen, changing diapers and wearing jewelry than in the past.

This shift in gender conventions also means more pressure on men to keep up with fashion, follow grooming routines and emulate the super-sculpted bodies of today's celebrities. According to JWT's "State of Men" survey, 78% of American and British men feel there's as much pressure on men to stay in shape and have a good body as there is on women, and 73% said there's the same pressure on men to dress well and be well-groomed as there is on women This means rising insecurities. The number of men undergoing cosmetic procedures has been spiking, and one study found boys becoming more concerned with body image at a younger age.

Brands must help men feel confident and supported in today's increasingly unforgiving social media sphere, dating realm and job market. In 2012, Chrysler's Ram truck brand empathized with its male blue-collar consumers while portraying them as resilient and refusing to be emasculated. "I know it's been hard, and you never once complained or stayed home feeling sorry for yourself," a woman tells her partner in one spot. This month, Esquire will launch a mentoring initiative designed to help inspire boys to become good men.

Women are advancing and men are changing, and marketers must recognize this change and help ease men into it. It's certainly not at odds with female-empowerment: Women (mothers, wives, singles) only benefit when men are thriving. Ultimately, life feels harder today for many people -- both men and women will need empowering messaging that addresses the unique challenges that each face in a stressful, fast-moving, increasingly competitive world. 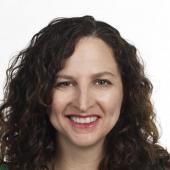