Marketers: It's Time to Crowdsource Your Corporate Social Responsibility Programs

Four Developments That Are Driving a Disruption in CSR
READ THIS NEXT
Inside Apple's New Campus: No Childcare (But You Can Freeze Your Eggs)

Every year, in the comfy confines of oak-paneled boardrooms around the world, decisions of consequence are made by groups of predominately old white men about which causes and nonprofits will benefit from their corporate largesse.

In the best of cases, these decisions are informed by some sense of the mission or purpose of the companies in question. In many more cases, the choices reflect nonprofit names that look good on paper, aren't controversial, or are simply the ones the company has been giving to for as long as anyone can remember. In the worst cases, charities are selected based on the chairman's golf partners.

This antiquated portrait, and the long-standing conventions governing corporate social responsibility (CSR), are striking not only in their datedness, but in how increasingly isolated they are from what is happening in almost every other aspect of how companies are trying to engage with customers and society at large.

Everywhere else, the customer is king. Customers have taken control of the brand narrative, content development and corporate reputation, and more and more they dictate how and where marketing dollars should be spent. Yet, because companies continue to treat CSR as a nice-to-have that's tacked on to the corporate budget and a prerogative of those old white men, it survives as one of the final bastions still immune to co-opting by the new customer influence.

While CSR has become in some ways synonymous with "cause marketing," almost none of the new standards of customer engagement that are becoming de rigueur for marketers are applied. The investment is often meaningless when it comes to helping to define a company for consumers.

The time has come for a disruption of the CSR space. Consumers need to begin to exercise the same kind of clout determining where charitable giving will be directed as they do when it comes to deciding on which media marketing dollars get spent. Why? Because if they don't, those precious dollars spent on CSR will become increasingly less effective as a tool for defining what a company stands for.

And yet, CSR decisions and activities matter to consumers. In a 2013 Cone Communications study, more than 9 in 10 people said they would be likely to switch brands to one that supports a "good" cause, given similar price and quality. But who should and will be defining "good" in that scenario? Given the new consumer voice and power, the answer becomes clear.

Here are four key developments that are pushing for disruption in CSR:

1. The increasing supremacy of purpose as a major corporate focus. As Jim Stengel's research continues to show us, purpose-driven brands and companies perform better. Properly practiced, the purpose-driven approach should result in tearing down the walls that separate what a corporation does as a whole and the traditional silo in which CSR has lived; the role the company plays in society is already baked into the DNA of the organization.

2. The new possibilities to "localize purpose" that technology affords. The advent of social media, more than any other single factor, has induced the shift in the center of power, placing it, often literally, in consumers' hands. Now the same technology that has allowed people to become publishers and broadcasters is allowing them to insert themselves into decisions about how companies live their purpose and which causes should garner support.

3. The insatiable consumer appetite for transparency. More and more, consumers want to know how things work and understand how decisions are made, and more and more there is someone, with access to a computer or a cell phone, who will look into them. Will your company's CSR decisions withstand scrutiny? Do they reflect the values and priorities of your organization and your customers?

4. The need for CSR to be grounded in a newfound source of corporate credibility. The surveys should be sobering for any denizen of the corporate boardroom: the trust is long gone. Edelman's Trust Barometer for 2014 indicates that while overall levels of trust in corporations remains low, the door is open for business to lead the debate for change. Showing that CSR decisions are entering the same era of collaboration and customer empowerment that exists elsewhere can help corporations begin to win back public trust and good will.

Today, there is still a disconnect between "acts of buying" by customers and "acts of giving" by corporations. Boardrooms like to see their CSR efforts as "giving back." But giving back what, and to whom? The dollars they give come from their customers. Those customers are entitled to help decide how those dollars get invested back into the community. 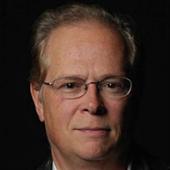 John McNeel
John McNeel is co-founder and CEO of in/Pact, a technology solutions providers that connects purpose-driven brands to their customers.
Follow View all articles by this author