The Habits of Younger People Will Persist as They Age
READ THIS NEXT
Inside Apple's New Campus: No Childcare (But You Can Freeze Your Eggs)

A quote in The New Yorker caught my eye recently: "The older you get, the more you watch."

It was part of "Outside the Box: Netflix and the Future of Television," an article by Ken Auletta about the direction of TV and video. Here he was quoting an industry researcher as she expressed her confidence that even though viewers under 24 years old watch less traditional TV than ever, they would grow into it.

The statement had a familiar ring, because it's said often. It's something everybody seems to know. But it's dead wrong.

Looking through the data, it's an easy conclusion to make.

At first glance, it seems obvious: younger people watch less traditional TV -- television programming when it is scheduled -- but as they grow older, they watch it more. By the time they're in their 50s, they watch scheduled TV almost twice as much as when they were young. After they retire, their TV minutes grow even more.

But looking at the data another way produces very different conclusions. If we substitute year of birth for age cohort, we see a much less positive picture of traditional TV viewing. With exactly the same data, Table 2 estimates that you watch traditional TV programming a third less than your parents do, and that your kids watch it a third less than them. There is no major change in behavior at some specific age bracket.

The habits of younger people persist as they age. The columns of the table will continue to march to right until they fall off.

Twenty years ago, the newspaper industry -- then riding high -- looked at the same kind of numbers and made the obvious conclusion as well. It seemed reasonable that at an age between 35 and 40, U.S. adults would get married, buy a home, and start reading newspapers. It took a brilliant presentation by senior researcher Greg Martire in 1999 to show us our emperor had no clothes. Sure enough, as the years have passed, the newspaper reader "sweet spot" has aged. Now the time has come for scheduled broadcast TV to see the same progression.

It's important to remember that we're talking about scheduled TV programming. Today's TV viewers have many ways to watch their favorite shows whenever they want. They can order them from a video streaming service, and watch a whole season over a weekend. They can record them for viewing at a later date. They can fast-forward through commercial spots, and evidence indicates that one in five TV commercials is currently seen as momentary blurred image. It is a new reality. The first step to making sense of it is to admit what is happening. Newspapers were slow to abandon what everybody knew to be true. It will be interesting to see if broadcast TV makes the same terrible mistake. 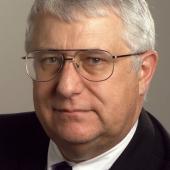 Kip Cassino
Kip Cassino is the executive VP of Borrell Associates, a Virginia-based firm that tracks local advertising. He is the former president of the Newspaper Association of America's Research Federation and won the NAA's lifetime achievement award for his research in 2008.
View all articles by this author