There Has Been Plenty of Change, but There's Still Room for Improvement

The men's rest rooms had a sign on the door that said GENTLEMEN. If women needed to use a bathroom, they headed for an unmarked door. The company's executive dining room was open to women only on Wednesdays until Gloria Steinem led a public protest in the 1970s for the women to gain access on the same regular basis as men.

There were virtually no female senior executives. Not long before, those few women who held the rare responsible positions were gathered in a separate Women's Editorial Department to create advertisements only for women -- total unapologetic segregation.

Jews kept a low profile and rarely achieved a high executive rank. Some hid their Jewish identities completely in order to further their careers. One retiring executive boasted that he had worked there for years without it being discovered that he was a Jew.

Lesbians and gays stayed deeply hidden in the closet. No disabled men or women were present. Should a contentious issue arise that might embarrass the firm, the reflexive response was to circle the wagons to maintain the dignified front that was presented. No thought was given to modifying the smug currents of bigoted conversation and behavior that flowed behind this tranquil demeanor.

This was the J. Walter Thompson advertising agency in the early 1960s when I was hired. The same scenario prevailed at every major ad agency in New York.

Five decades later, the picture has changed. Women occupy a broad variety of senior executive posts in all areas of professional expertise, from account and planning management, to creative and media. There's a broader representation of multicultural, religious and racial professionals throughout the agency, and religious and sexual preferences are openly expressed and easily accepted.

It's ironic that, as the Marine Corps, a long held JWT advertising account, has now announced that it is going to require all marines to participate in "unconscious bias" training sessions, Gustavo Martinez, JWT's former CEO, has been accused of perpetrating the same egregious behavior and comments about women, Jews and blacks.

Last month, JWT's veteran chief communications officer, Erin Johnson, filed a lawsuit in Federal Court alleging that Mr. Martinez routinely made racist, sexist and anti-Semitic remarks that, among other things, were compromising her ability to represent the agency. The initial reaction of JWT and WPP, its parent company, was to place Ms. Johnson, the agency's long-time representative to the media and a well-respected professional in the field, on a leave of absence, while Martinez was kept in his post.

The agency indicated that its lawyers were reviewing emails that so far showed no evidence to support the allegations. This was after Ms. Johnson had repeatedly submitted complaints over a course of several months to JWT's Talent Department without any recognition of the seriousness of her complaints.

It was only after Johnson and her legal representatives filed an amended suit that sought to submit a DVD into evidence, that they said "contains an excerpt of the video footage that would substantiate her charges," that JWT and WPP announced that they were retaining outside legal counsel to further investigate the allegations.

Mr. Martinez resigned a few days later. At this time, the Federal Court is reviewing the video submitted by Ms. Johnson's lawyers to determine if it can be submitted as evidence.

Have things changed from the time of the "Mad Men"? Judging by JWT's handling of this current situation, the past seems to be hanging on. Typical of bygone practices, blatant actions behind the scenes appear to have been ignored. In fact, they seemed to have existed in a state of denial. Even a reporter who interviewed Mr. Martinez (who told him that he left Westchester because "there were too many Jews there"), later said he couldn't believe his ears.

Further, the announcement by a JWT spokesperson that an examination of Ms. Johnson's emails had thus far not revealed any basis for her complaints against Mr. Martinez was clearly premature and personally prejudicial to her case.

Much as they would have done 50 years ago, JWT and WPP have so far followed the same course of action, circling the wagons in an initial attempt to protect a top executive instead of immediately pursuing the truth of the situation. In that respect, it looks like the business hasn't changed much since the "Mad Men" era at JWT. 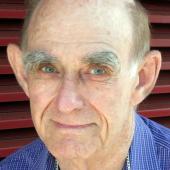 Eugene Secunda
Eugene Secunda is an Adjunct Professor of Media Studies at NYU. He worked at J. Walter Thompson for 16 years, a good amount of that time as its first Director of Communications.
View all articles by this author