Why We Oppose Do Not Track and How to Fix It

Rules Need to Apply to All Data Collectors -- Including Facebook and Google
READ THIS NEXT
Inside Apple's New Campus: No Childcare (But You Can Freeze Your Eggs)

The industry conversation about data tracking and collection practices generally keeps to a dull roar, but recently, with the World Wide Web Consortium (W3C) working to push its "Do Not Track" (DNT) specification to final adoption, the volume has picked up. Adding heat but no light, Jason Kint, the chief executive of the Online Publishers Association, recently published an article that criticized the growing efforts on behalf of data-driven companies like Turn to stop DNT. Kint was right about one thing: We absolutely do oppose DNT. Here's why -- and why you should, too.

First, Do Not Track does not support, but rather undermines, consumer privacy. The point of DNT is to empower customers to understand what personal information is being collected about them and to control how that personal information is subsequently used. This is built into the name itself; the regulation is intended to allow a consumer who does not want to be tracked by companies to click a button on her browser that says "Do Not Track." But the proposed specification does not give consumers that control, and that is unfair and deceptive.

The DNT proposal from the W3C does not actually stop personal information from being collected and used. In fact, the companies that collect the most data and the most sensitive data -- Facebook, Google, AOL, Yahoo and Amazon -- will, under the proposed standards, be allowed to continue collecting massive amounts of personal information about their users, even those users that have clicked on that DNT button.

That's right -- DNT does not stop all tracking. DNT carves out a massive exception for companies with a so-called "first-party" relationship with consumers -- such as the companies listed above. The supposed justification for this is that consumers can "vote with their mouse" and choose not to interact with companies whose data-collection policies they don't approve of. But doing so places the onus for terminating those first-party relationships on the consumer. Having already opted not to be tracked in their browser, it seems reasonable for a consumer to expect that they won't be tracked by anyone, not just by anyone except Google (pending termination of said relationship). The fact that DNT does not opt users out from all tracking betrays the reasonable expectations of the consumer, and undermines the trust that is the foundation of all online interaction.

Relying on consumers to "vote with their mouse" against companies with objectionable data-collection policies is predicated on the assumption that choosing not to interact with these companies is feasible. And sure, choosing not to interact with Google or Amazon is possible -- but it's not easy. Are viable alternatives available to consumers? We're not sure, and this is where our second objection to DNT -- its severe undercutting of competition and innovation -- comes into play.

The proposed Do Not Track specification is unfair and would destroy innovation and competition. Do Not Track seeks to tilt the fundamental economics of the internet in the big guys' favor. Let me explain. The internet is free, thanks to advertising. Think about it: When was the last time you paid Drudge, Daily Beast, Politico or HuffPo? Exactly. Advertisers pay for the internet. And what do they want in exchange? To connect with their audiences, which they do through tailored (formerly known as targeted) advertising. Advertisers and publishers obviously rely on consumer data to tailor their ads. But with DNT, the only companies that would be able to deliver tailored advertising are -- you guessed it -- the usual suspects, which will have access to consumer data even when consumers have tried to opt out by clicking the DNT button in their browser. No other publisher will have a shot at competing with these guys to deliver the advertising that brands want.

What can we do? First, we need to prioritize users' expectations when evaluating any DNT proposal. If my mother (for instance) says she doesn't want to be tracked, she means by anyone, without exceptions. When she sets DNT in her browser, then Google and Facebook should not be able to deliver tailored advertising to her. Neither should any other responsible party. DNT should apply to all publishers, sites and networks, or none at all. Fair is fair.

In the interest of supporting competition, innovation, and the future of the internet, we call on the FTC, the states' attorneys general, consumer advocates, and the European Union data privacy authorities to insist on consistency as a minimum requirement to any Do Not Track standard. We would support Do Not Track if it applied equally to everyone, and had terms that were fair, transparent and promoted competition. Anything else would be a disaster for consumers, and for the companies that have made the Internet the free, open, dynamic ecosystem that we rely on today. 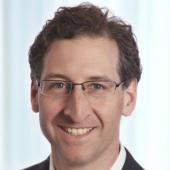 Max Ochoa
Max Ochoa is general counsel and chief privacy officer at Turn, a marketing software and analytics provider.
View all articles by this author