Some Cities Embrace the New Tech, Others Just Say No
READ THIS NEXT
Inside Apple's New Campus: No Childcare (But You Can Freeze Your Eggs)
Steve Olenski
Everything's digital these days and we all love all things digital right? Not so fast.

There's no mistaking the fact that we are living in the digital age, breathing digital air, eating digital food and being exposed to digital advertising. It's the latter which has clearly exploded, as you cannot turn in any direction on any major street or in any restaurant or shopping mall without being presented with a digital advertisement.

I just finished reading a piece on the aptly titled "DigitalSignageToday.com," which spoke directly to the rapid influx of digital advertising. To quote: "Digital signage has been gaining steam as we, as consumers, continue to require more information, and as retailers and advertisers look for new ways to target us more directly with their messaging in our everyday lives."

So everyone loves digital signage, yes?

Salt Lake City: The city council recently voted unanimously to ban not only new digital billboard sites but also the conversion of conventional billboards to digital.

Doylestown, Pa.: In April, the zoning board in this Philly suburb denied a request to tear down a "traditional" billboard and replace it with a digital one.

Where's the love for all things digital?

Well there is some love being spread in Big D from Dallas Mayor Dwaine Caraway: "I favor digital billboards. I would like to see the whole city go digital because it is where the technology is today." And to keep its city from looking like one giant outdoor advertisement, Dallas, like many municipalities, is requiring billboard owners to dismantle a certain number of conventional billboards before erecting digital units.

Seems these types of ordinances, the removal of X number of "traditional" billboards for every new digital one, is commonplace. In Dallas, the proposed ratio is 6-1 as compared to Bentonville, Ark., where the ratio is 4-1.

Then there's Los Angeles. Back in March of this year, city council members voted unanimously to allow advertising and other digital signage on the first 10 floors of two new towers, the 45-story redevelopment of the Wilshire Grand Hotel and a 65-story office block alongside it.

So, what do I think of digital billboards?

To be honest with you I'm torn.

On one hand I see the allure of digital signage with its flashy capabilities and cost-efficiencies. But on the other hand, I very much appreciate the old-school method of outdoor advertising.

Either way, I am in complete agreement with the limiting of billboards and digital signage in general, be they traditional or digital. My fear is we're going to be running advertisements on essentially every open space we can find.

I mean what's next, ads on the sides of school buses?

Oh yeah, that 's already happening in places like Utah, where Salt Lake City is , right? Hmmm. So no digital billboards, but we'll allow you to run ads on transportation for 5-year-olds.

ABOUT THE AUTHOR
Steve Olenski is creative director-digital services at The Star Group. He is based in Philadelphia. 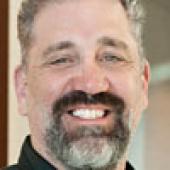 Steve Olenski
View all articles by this author