If You're Paying for It, It's Not Earned Media | Ad Age
Skip to main content
Sign In Register

If You're Paying for It, It's Not Earned Media

We Understand This About TV, but Not About Other Forms of Marketing
READ THIS NEXT
Inside Apple's New Campus: No Childcare (But You Can Freeze Your Eggs)

One good thing about producing and hosting my podcast is that we often stumble into huge ethical debates. Which is how we recently found ourselves tackling the subject of what exactly defines "earned" media, and whether we in the ad world are being cavalier with a subject that could lead many brands into tactical laziness and diminished effectiveness.

First, let me state unequivocally that I believe in the power of earned media. I believe that one heartfelt recommendation of a fan is more effective than 20 brand-created messages. I believe truly earned impressions are a thing of beauty and must be cultivated at every opportunity.

However, I also know that getting enough honest, heartfelt, sincere and organically earned impressions that offer the necessary audience reach is a pipe dream for most brands. It's simply too noisy in the marketplace and bloggers are increasingly aware of their value to us.

Unless your advocate comes with true altruism married to an audience the size of Manhattan, you're probably not going to get enough organic earned impressions to make a dent in your awareness or sales. Therefore, this reality necessitates the need for supplementing your earned efforts with paid or otherwise compensated influencer outreach.

Basically, we buy the influencer's audience and let them make the ad-like-objects, commentary or endorsements, to supplement our existing social outreach.

But the key word here is "supplement," not "replace," and this is where the trouble begins. Because no matter how you slice it, a paid effort is a paid effort, and considering it as the be-all and end-all of "earned" media is inherently flawed thinking.

For instance, a paid TV commercial is always a TV commercial. You've bought access to an audience, and even if that audience likes the ad enough to pass it along with a YouTube link, we never question whether it's an ad. Sure, the media impressions of the ad are "earned," but we recognize it as a push advertisement that was birthed through a paid strategy.

Yet, when we pay a blogger (thus buying an audience), for some reason we consider the resulting share-thru and comments as something akin to a heartfelt endorsement, when in fact it is nothing more than an audience supporting the endorser, not the brand. What's more, the share-thru becomes murky as these audiences create or share responses that may lack any indication that compensation is at the heart of why this message is happening -- which invites the possibility of FTC scrutiny at some point, I might add.

The heart of the issue is that "earned" media is more than just viral pass-along. A truly valuable earned impression is when an individual or a group of individuals feel strongly about a product and thus feels led to endorse or glorify your brand. As soon as compensation is made, whether an endorser believes in the product or not, everything that stems from that endorsement becomes part of a paid effort and is tainted by this fact to some degree.

This is why I urge the social-marketing community to reconsider what is acceptable as earned strategy and to begin broadening the scope of such efforts. Earned strategies based on payola (hey, let's call it what it is) may be effective for achieving our immediate business goals, but they typically stop short of earning the hearts and minds of consumers. Earning the trust and respect of our audience should remain paramount, regardless of how difficult that objective is. And this is something that can't be bought. It can only be won through a customer's experience with us.

If we want to achieve true, heartfelt brand advocacy, maybe we should take some of that influencer money and invest it in being so phenomenally awesome our customers may actually want to talk about us. 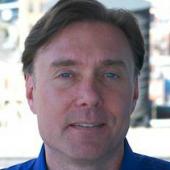