The RadioShack Name: Worthless or Worthwhile?

RadioShack Brand Name Could Play a Key Role in the Company's Revival
READ THIS NEXT
Inside Apple's New Campus: No Childcare (But You Can Freeze Your Eggs)

After months of speculation, the bid for RadioShack by Soohyung Kim's hedge fund Standard General was officially approved in bankruptcy court, saving the ailing electronics retailer from imminent liquidation. While RadioShack's road to bankruptcy has been long and well documented (the company was last profitable in 2011), Mr. Kim sees promise where others did not.

Through Standard General, Mr. Kim has taken over approximately 1,700 of RadioShack's 4,000 stores. Mr. Kim believes that aspects of RadioShack's legacy business can thrive even today, and he seeks to position RadioShack as a neighborhood electronics convenience store. Rather than focus on the latest high-end gadgets like laptops, tablets, and mobile phones (a battle being lost to online retailers), it will move toward becoming a quick-stop shop for oft-forgotten or misplaced items such as headsets, chargers and other accessories we can't live without. He's betting on the fact that this aspect of RadioShack's business -- the less sexy side of electronics retail -- has real potential.

At first glance, the answer seems apparent and the decision justifiable. Beyond being linked to a well-publicized bankruptcy, the brand itself evokes connotations of yesteryear -- a store with a wide selection of cassette players and floppy discs. The name itself feels dated: The radio as a device is slowly being rendered obsolete by new online music sources like Pandora and Spotify -- it's a technology we associate more with FDR's fireside chats than any part of the 21st century.

Today, President Obama tweets, and we are increasingly and inexorably immersed in the cellphone age. A shack evokes imagery of a remote, primitive and likely decrepit dwelling. Despite these connotations, RadioShack previously attempted to reposition as "The Shack" in 2009, a campaign that was widely criticized and quickly retracted. Mr. Kim's decision to pass on the brand name appears to make sense. And in a recent AdAge column, Al Ries argues that the RadioShack name was part of the problem. But maybe they are wrong.

Mr. Kim's vision to not go against the Amazons and BestBuys of the world, instead repositioning RadioShack as your neighborhood electronics convenience store, might allow for a similarly countercurrent brand strategy. The new RadioShack, as your familiar corner store for electronics solutions, might hearken back to simpler times, when local stores were dedicated to meeting your needs, rather than constantly reminding you that you need the latest mobile phone (or Apple Watch). In this context, a throwback to the simpler, more successful times of a company like RadioShack might make appropriate, or appealing even, the idea of putting the revered moniker with the new positioning.

Beyond this, consumers have time and time again flocked to brands with a story and rich heritage, demonstrating the authenticity and roots of a company that has stuck with customers through thick and thin. Americans love a good corporate revival, rooting for underdogs that come back from the brink to win the hearts and minds of consumers. Think about Ford, coming back from the devastating 80s and 90s with the introduction of the Ford Fusion -- the first American car since the 1990s to credibly take on the Toyota Camry.

Abercrombie & Fitch exploded from a niche outdoor supply company to one of the hottest clothing companies of the late 1990s and early 2000s. Procter & Gamble's Old Spice has reinvented itself from an old man's deodorant into the bathroom of most American male millennials. Even on a personal level, we love a good comeback story, cheering on Martha Stewart or Bill Clinton as they emerged from scandal to be more loved than ever.

Some brands are tarnished with little or no chance of rebirth -- but RadioShack isn't Enron. We think that the brand name which Mr. Kim has so far chosen to eschew could play a key role in the company's revival. Mr. Kim insists that he has preserved the aspects of the RadioShack business which actually work. Perhaps, as RadioShack moves forward with a cleaner, leaner business model, it can become the next great corporate comeback. But this would all hinge upon Mr. Kim's decision whether to acquire the rights to the RadioShack brand name, a decision that certainly he is not taking lightly. 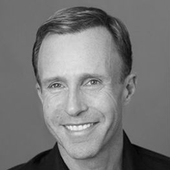