Be Real: Lessons for Brands from the Presidential Candidates | Ad Age
Skip to main content
Sign In Register

Be Real: Lessons for Brands from the Presidential Candidates

How Politicians and Brands Can Make Sure People 'Get Them'
READ THIS NEXT
Inside Apple's New Campus: No Childcare (But You Can Freeze Your Eggs)

The 2016 U.S. presidential campaign is by far the most volatile and least predictable in recent memory.

Candidates who would have been punchlines in previous election cycles have captured the nation's attention -- and votes.

Given the polarizing nature of the candidates and issues facing the nation, the primary results so far have demonstrated again and again that the traditional methods of understanding and persuading voters (large TV advertising buys) aren't working the way they used to.

So what is moving the needle for voters in 2016? We took our Customer Quotient (CQ) model -- which measures the characteristics and behaviors shared by companies that truly understand and empathize with their customers -- and used it to examine the leading presidential candidates through the same lens. More than 450 people told us what makes them feel a candidate really "gets" them, and how that may fuel perceptions of a candidate's "brand" and ultimately motivate voting decisions.

Our voter research provides important clues and concrete lessons that brands can take away from this year's presidential election.

By far, the key candidate attribute most important to voters (81% of them) is that the candidate really believes in what he or she is saying. It's not surprising, therefore, that when asked which of the current candidates best understands them as a voter, Bernie Sanders came out on top (32%).

Love or hate him, Sanders' authenticity, passion and commitment to his ideals have been strong and consistent for decades. As one respondent summed it up: "I believe that Bernie has always been open and honest about his ideas and beliefs. He does not change depending on the political landscape. He has demonstrated through protests and other actions that he supports the ideas he talks about."

Sanders' willingness to maintain an open dialogue with voters has been recognized and rewarded by his faithful followers, primarily of the younger generation. In an era of business disintermediation, that's something that brands -- especially long-standing ones eager to stay relevant with millennial and Generation Z consumers -- would be wise to follow.

Regardless of your experience, platform or charisma, voters aren't terribly forgiving when it comes to being duped. In fact, according to our research, the second most important quality voters look for in a candidate is that he or she does not make them feel misled or manipulated. Women and unaffiliated voters in particular held this characteristic in the highest regard.

Avoiding or bending the truth to play to the base or avoid an uncomfortable answer has its consequences. Spurious actions and statements can cause irreparable damage to a candidate's -- and a brand's -- reputation. Perhaps not surprisingly, then, the most specious candidate, Donald Trump (not "Lyin' Ted") scored the lowest of all when it comes to whether he gets voters as people. Nearly half of voters (43%) said Trump understood them the least of all candidates.

Deceptive brand tactics and false claims might help short-term sales. But the feeling of being suckered can sour a customer's relationship with a brand, fast. And for a company that wants to sustain growth, the results can spell disaster for customer loyalty, brand reputation and revenue. Look at the recent foibles of the ironically named Honest Company to see how customer backlash can result from business deception. In other words, make sure customers never feel like they are being ripped off or lied to; they'll likely never forgive your company for it.

Her positions may evolve, but Hillary Clinton's knowledge of the intricacies of the issues she fights for --including the environment, women's issues and immigration -- resonates with millions of voters. Perhaps that's why a quarter of voters said Clinton really "gets" them, and almost twice as many (45%) agreed Clinton would win if the election were held today.

Which begs the question: What's holding Clinton back from garnering more genuine voter support? How can Bernie Sanders be giving her such a run for her presidential money? An important clue is whether voters feel smart and proud to support her -- emotional drivers which the CQ model has shown are tied to business success for brands. "Hillary is smart, cunning, and driven," said one voter. "However, I consider her to be the best of the worst. I'm not necessarily proud to be voting for her, nor am I 100% invested."

The lesson for brands: Provide emotional rewards to make people feel intelligent, proud and validated by their decision to be your customer. In other words, make sure they never feel like they are being ripped off. Meet their needs in a way that no other company can. Care about what they care about. In the end, they'll feel like they are part of a special group and, as a result, better about your brand and themselves.

The worlds of business and politics are separate and distinct spheres. Brands don't need to appeal to or represent everyone in the way politicians do. But in order to grow and stay relevant with the people they do serve, the guidelines are the same. Listen to people. Understand them and what they need. Be real and open. Stand for something. The brands that do, do well -- and end up at the top of the ticket. 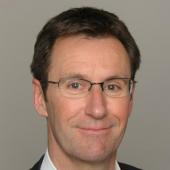