It's Time to Dispel Common Myths About Super Bowl Advertising

Five Super Bowl Myths and Why We Should Stop Promoting Them
READ THIS NEXT
Inside Apple's New Campus: No Childcare (But You Can Freeze Your Eggs)

Even in an age when DVRs make time-shifting a regular part of the average American's life, the Super Bowl is one event where advertising is welcomed. A survey of 1,000 people by ad agency Venables Bell & Partners found that 78% of Americans looked forward to the Super Bowl ads this year, up from 69% last year.

This change has come fast though -- within the last five years -- which means there are still misunderstandings about the new age of Super Bowl advertising. Here are the five most common myths and why we should stop promoting them:

1. The Super Bowl is primarily a broadcast advertisers' game.

The USA Today Ad Meter, the broadcasters and the NFL certainly hope you believe that the Super Bowl is a game for broadcast advertisers. Data from Nielsen show that over 100 million people are glued to the TV screen for a few hours on game day. So what else should advertisers do but spend $4 million to run a 30-second TV spot during the game?

Newcastle capitalized on the buzz around the last Super Bowl, driving a True Reach of more than 10 million views and real business impact without spending a dime on TV. By building conversation across digital screens over a six-week period, the brand was able to steal the spotlight in a category with highly compelling digital content.

2. Releasing content in advance of the Super Bowl offers no advantage now that everyone is doing it.

An assessment of over 200 Super Bowl advertisers and 350 different creative executions over the past five seasons shows that campaigns with pre-game content released before the game drove 175% higher viewership (measured in terms of True Reach), on average, than campaigns that promoted the content on game day. The odds are still in favor of advertisers that release content early and, in particular, brands that promote teasers about 10 days before the game.

Advertisers frequently create longer-form content beyond the 30-second spot to drive more engagement online. If a TV viewer is intrigued by a Super Bowl ad, she might be inclined to search for it online via her smartphone, spend more time with it, and perhaps share it with others. The latter behaviors constitute a level of engagement beyond what exposure to a game-day TV ad can create. But to think that the digital extensions of Super Bowl campaigns are purely about engagement (and therefore solely about incremental frequency) would be incorrect.

A panel study conducted by Visible Measures involving two dozen Super Bowl campaigns from the 2014 season showed that the online syndication of branded video content delivered, on average, 40% incremental reach beyond that delivered by the Super Bowl TV spots for the same campaigns.

If the YouTube view counter is your exclusive measure of campaign viewership, then "you get what you pay for" is generally true. But why limit yourself to measuring viewership from one publisher alone when content is being shared and watched widely across hundreds of online properties and platforms?

Why not get a full measure of viewership for your campaign? Wouldn't that be a better indicator of how popular your content is, especially for the purposes of reporting to the press or for ranking on the big charts like Ad Age's Viral Video chart, the Automotive News Traction Viral Video Chart, and 30 other charts on the Web?

5. The earned media generated around Super Bowl has never been quantified into any meaningful outcomes that advertisers care about.

As part of the same panel research referenced earlier, Visible Measures has found that the earned part of the Super Bowl media is the most persuasive, relative to both paid and control (i.e. brand consideration and purchase intent: 35% higher impact than paid and 80% higher impact than control). The results should not shock anyone who understands how much trust users place on recommendations from friends and family. The trust embedded within a link to a video or related content shared by someone adds an extra premium of effectiveness beyond the paid media placement. 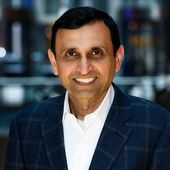