Targeting Millennials? You Have to Think Outside the Traditional Color Lines | Ad Age
Skip to main content
Sign In Register

Targeting Millennials? You Have to Think Outside the Traditional Color Lines

In the below excerpt from the book, Mr. Stoute describes how he explained millennials to marketers as less an age group and more of a mind-set.

Broadly, millennials are seen as the generation born in the 1980s and 1990s. While it is hard to pinpoint age, we were able to begin with a list of key virtues: a) Our consumer target is a mind-set, b) our consumer is urban, c) our consumer is savvy, and d) our consumer is in control. Elaborating on each of these virtues, we then went on to explain them in the context of the changes happening in the real world at the time -- posing questions to get into the heart of our approach.

1. What distinguishes the mind-set of the target consumer? As boundaries dissolve and information moves without restriction, demography tells us less about the "who" we want to engage. Within our general market consumer universe there exists this psychographic dimension that adapts and responds as a creative collective -- igniting pop culture trends, as well as propagating them into mainstream culture. The polyethnic consumers of this mind-set are inclined to make brands their own and, within their diverse social networks, leverage brands as creative new material in composing self-image and style.

2. Where does our urban consumer live? "Urban" evokes the images of New York City, Atlanta, Chicago, Houston, Seattle, San Francisco, Los Angeles, places where people live in close proximity to one another. In the "00s, "urban" is no longer confined to a literal definition or location. Urban consumers are movers who span urban, suburban, global. Urban consumers are confident and proud of their backgrounds and distinct cultural histories but would not be considered ethnocentric. The urban audience, millennially speaking, cannot be entreated in a superficial manner with style cues or compelled by inauthentic, pre-packaged, or homogenized messaging. "What to have" and other status definers are all intertwined within the media they consume. The urban consumer is the most exacting, precise consumer on the planet -- influential not just individually or as a segment but as a megamovement. Their time is now.

3. What kind of needs and wants define the savvy consumer? With the ongoing debate as to who exactly comprises the hip-hop generation -- whether it's late bloomer adults who connected to the music and culture in the seventies and eighties or Gen X and Gen Y youth and adults who came of age in the late "80s and "90s, or the Now and Next teens coming of age -- these savvy consumer millennials are marketing veterans. They have been marketed to -- directly and indirectly -- since birth, giving rise to an extraordinarily aware and often cynical audience. Belief, therefore, is granted only by experience. They want attention and need a certain level of scarcity. . . . They are fickle and can spot brands that feign understanding; they spot and shun brands that pretend to know them. The savvy millennial consumer wants to align with brands as badges of identity -- as indicators of status. The need is for a much more meaningful relationship than simple utility. The savvy consumer wants to believe in brand properties that confer both instant and perpetual cool.

What else? You'll have noticed by now that ... we haven't pinpointed age. Truthfully, the more we honor the psychographics, the less we can assert that there is an age range. Because we know that youth is a state of mind, not an age, we have identified a youth mind-set that complements the tan mental complexion -- both of which are aspects of youth culture. 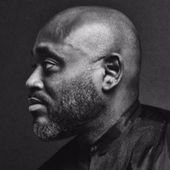 Steve Stoute
View all articles by this author