How You'll Advertise in a Newly Capitalist Cuba

When the U.S. embargo of Cuba is lifted one day and American brands can finally pour into that untapped market just 90 miles off Florida, one of the hottest commodities may be the knowledge of Adam Armstrong, a 37-year-old ad exec little known outside Toronto.

Mr. Armstrong, now owner of Graymatter Design & Marketing, has an item on his resume not many others can claim. For the better part of seven years, he worked in marketing in Cuba, where for five decades no marketing -- as we understand it -- has been allowed. Working for Cerveceria Bucanero -- first at its agencies and then directly for the company that was at the time a joint venture between the Cuban government and the Canadian brewer Labatt -- he saw the Cuban people as few others have: as consumers.

"The thing about Cuba and probably most communist states is that there's always a craving for capitalism and capitalist ways and by no means is Cuba an exception," he said. "There's a certain amount of advertising and marketing that still goes on there even though it's frowned upon."

Mr. Armstrong found the consumer base was receptive but the system less so. His biggest frustration -- and the thing that marketers will have to get used to -- is the very slow pace of the market. Mr. Armstrong's biggest annoyance during his time working in Cuba was the red tape and bureaucracy he had to deal with, which most likely won't evaporate overnight. "Getting anything done is a struggle," he said.

This experience is as good a forecast as any for what an open Cuba will look like to the rest of the business world. Cuba has been mainly walled off from the global economy since 1959, when Fidel Castro's communist government took over the resort island where wealthy Americans flocked for sun, sand and gambling. The resulting economic blackout by the U.S outlasted the fall of the Soviet Union, the decline of Fidel and, so far, the modest attempts at economic liberalization by his brother, Raul.

When the day comes, marketers will introduce themselves to a complex group of consumers that , while far from hermetically sealed off from the commercial world, haven't evolved to possess the marketing defenses that ad-saturated folks elsewhere have.

In Cuba, there is no free media and no advertising. Billboards still dictate communistic propaganda. Newspapers are state-controlled, as is the broadcast media. Cuban officials try to jam broadcasts from the U.S. (it's unclear how successful those are in reaching Cubans). Internet penetration is under 3% and what access there is tends to be slow. Much web surfing goes on in schools and the workplace, where government monitoring is particularly easy. Mobile penetration is just as bad, with only three subscribers for every 100 people signing up for the very expensive and spotty service. Only six countries have worse mobile penetration, among them North Korea and Myanmar.

But Cubans aren't blank slates when it comes to brands. In addition to the black market, which is supported by the expat community and wins recognition for foreign brands among the locals, there's an influx of tourists from Canada, Europe and Latin America, all combining to create a highly filtered flow of news and information -- enough gets to them that iPhones are recognizable to Cubans. A website called Revolico has become Cuba's version of Craigslist, facilitating some commerce. A partial listing of brands for sale there includes Puma, Adidas, Wahl, Apple, Zara, Reebok, Dolce & Gabbana, Samsung, Seiko, Calvin Klein, Casio and Rolex. You can get what you want, provided you have the money to spend -- which Cubans don't.

Here's how Juan Carlos Ortiz, president of DDB Latina and a native Colombian who went to film school in Cuba, put it in his book "Cortos": "In Cuba, marketing flows in an inversely proportional manner to the rest of the planet. People all over the world are constantly interconnected, and move forward as a group, opening up a space that is ever more interactive. In Cuba, disconnection, silence and individual isolation take priority, ensuring that the island is evermore shut." 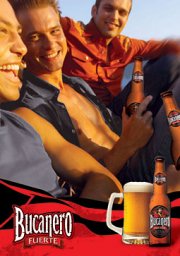 The right approach: Adam Armstrong found that Cuban consumers, like those elsewhere, preferred aspirational ads, rather than those that reflected reality. 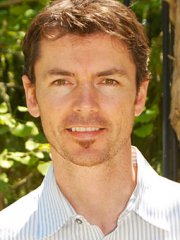 Adam Armstrong: Cubans are 'excited to see pictures of people smiling and pretty people having a great time.'

Which may prove an advantage for marketers, at the outset at any rate.

To put it in automotive terms, the state of Cuban consumerism is much like the MacGyvered Detroit classics from the 1950s wheezing down Havana's boulevards. Mr. Armstrong even compared his experience to the show "Mad Men."

"It's like advertising in the '50s and '60s when everything was just brand new and the consumers weren't nearly as sophisticated.The messaging doesn't need to be quite as sophisticated. You see the ads that they produce on that show and it's kind of laughable. Cubans haven't been exposed to as much of that type of advertising as we have. They're almost at that beginner level. You just needed to be pretty basic and straight up the pipe," he said.

Legal restriction on advertising meant that much of Mr. Armstrong's work was at the point of sale, creating banners and posters. As part of an effort to reverse declining share and to keep the brand top-of -mind with Cubans, he worked with beer brand Cristal to create a national battle of the bands in 2005. That project involved logo development and created Cuba's first promotional beer carton. He learned about the power of the simple ad sensibility the hard way. In some of his first work, he tried to use what makes Cuba special, specifically focusing on its rustic qualities. It fell flat.

"I quickly found out that that 's not what they want to see," Mr. Armstrong said of Cuban consumers. "They're excited to see pictures of people smiling and pretty people having a great time, and they very much don't want to be reminded that they are potentially a second-world or third-world country. They wanted to see images of what the country could be vs. what it is ."

So then Cubans are not that different from consumers elsewhere: open to idealizations and fantasies. The difference is that in the absence of much product choice and media fragmentation, they're not as sophisticated.

I asked Mr. Armstrong for brand qualities that might stall growth in Cuba for the foreign brands sure to flood in post-embargo. There's little doubt that a wide swath of tourism and packaged-goods marketers will rush in. The one hindrance he focused on is a heavy reliance on American-ness, perhaps the best example of which is Budweiser. "It really presses the American dream, and everything about it is American. I think that there could be some resentment toward that sort of brand positioning."

It'll also be slow going for tech brands, given the horrid infrastructure situation, which will have to change rapidly.

In an interview, David Radlo, who in 2002 became the first American egg producer to export to Cuba, said in the best-case scenario "a new Jerusalem" will materialize in Havana in a few years.

"The staunch political issues may die out of natural causes," he said. "There will be free elections, or a Chinese-style capitalist dictatorship emerges. We will embark on a Marshall Plan of sorts in Cuba, building up infrastructure and economic property. The great opportunity of commercialism and advertising will emerge with a strongly literate nation that will be free to create, succeed and spend capital."

Which all sounds good for brands, but what about the people?

Along the way there will be a moral choice of sorts for American marketers responsible for overrunning the country with hotels, soft drinks and chips.

Mr. Armstrong dealt with it. Friends would ask him if he felt at all bad about what he was doing. But, of course, that was in Canada.