After taking a deep dive into how Latinos clean their homes, Clorox this week is introducing a line of products targeted at the Hispanic consumer, called Clorox Fraganzia.

The marketer surveyed more than 600 Hispanic consumers, asking questions about exactly how they clean and what kinds of products they like to use and would purchase. 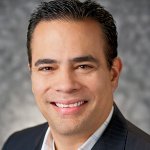 "One important insight was that Hispanics tend to clean in layers," said David Cardona, who joined Clorox a year ago as multicultural team leader from Colgate Palmolive. "They clean not just in one step but in three steps -- cleaning, disinfecting and aromatizing. Clorox has strong credentials in cleaning and disinfecting." 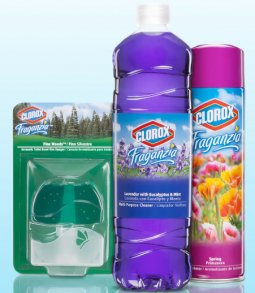 Clorox examined 13 possible segments and settled on three to include in a new bundle that would have a common scent platform and be used in different rooms. He said the three segments that seemed to be most popular were a multipurpose dilutable cleaner to use on floors and other surfaces, an aerosol freshener for the air, and a toilet-bowl rim hanger reminiscent of the canastillas, or little baskets, commonly used for that purpose in Latin America.

The segments Clorox rejected as less popular included plug-ins, fabric perfumes and scent-diffusing wreaths. The company also tested different names such as Clorox Aroma and Fraganzia by Clorox before settling on Clorox Fraganzia.

Many marketers have Hispanics in mind when they launch new products in categories such as food and fashion. Beer marketers add lime, McDonald's has smoothies in tropical flavors and Pepsi is adding Hispanic-targeted summer flavors such as Paradise Mango to its new Pepsi Next cola.

"You see a lot of things happening in food, clothing and services," Mr. Cardona said. But for household cleaning products, marketers tend to just throw in a scent like lavender. "No one's taking the approach of looking at what are the needs."

A $2 million TV, radio, online and product integration campaign breaks this week for Clorox Fraganzia by Omnicom Group's Alma, the U.S. Hispanic shop Clorox moved to when it consolidated its general market account with DDB. A Clorox TV spot includes an 8-second message that says "Discover the new Clorox Fraganzia line. Delicious fragrances for the final cleaning touch for floors, bathrooms and rooms."

The campaign is entirely in Spanish, with no marketing to non-Hispanics. Clorox ranks as the 44th biggest Hispanic advertiser, spending about $32 million in 2011, according to Kantar Media figures appearing in Ad Age 's upcoming Hispanic Fact Pack (July 23, 2012). That's small compared with No. 1 Hispanic advertiser Procter & Gamble, at more than $200 million, and slightly behind Unilever, No. 37, which cut its Hispanic advertising by 35% in 2011 to $36 million. But Mr. Cardona said Clorox spends a much higher proportion of its ad dollars targeting Hispanics than its rivals do. He said the company has identified multiculturalism as one of four mega trends, along with sustainability, health and wellness, and affordability.

Clorox Fraganzia is Mr. Cardona's project, and he is taking the lead on sales and marketing. With other brands, such as Hidden Valley, he acts as an adviser to the brand group. Clorox has about six people working on multicultural at company headquarters, and another half dozen in the field, he said.

In one interesting finding from the company's research into household cleaning products, Mr. Cardona said, "Our strength goes across different levels of acculturation."