As Demographics Change, Channel Would Target Latinos Who Are Bilingual or English Speakers
READ THIS NEXT
Study finds more Hispanics than non-Hispanics view cannabis as beneficial

Walt Disney Co., owner of the ABC broadcast network, is in talks with Univision Communications to create an English-language, 24-hour cable-news channel, according to two people with knowledge of the situation, confirming a report today in The Wall Street Journal.

Walt Disney Co. would oversee advertising sales and distribution for the venture, said the pair, who sought anonymity because an agreement hasn't been reached. The channel would draw newsgathering resources from ABC News and Univision, the largest U.S. Spanish-language broadcaster, they said.

The discussions have been under way for at least six months and are ongoing, said the people. They added that the channel would be based in Miami and start service before the November presidential election. 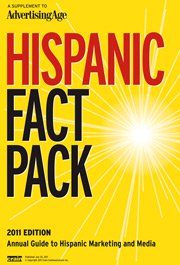 Until now Univision has ventured tentatively and with little fanfare into English-language efforts, not wanting to undercut its core message that Hispanics speak Spanish and so advertisers need to buy Univision to reach them. The company has a year-old Tumblr website in English, and sees other opportunities in an English-language news website, expected next month. And closed caption English-language subtitles for the network's popular telenovelas began this month.

Univision is well aware of changing demographics, as the U.S.-born Hispanic population continues to grow faster than Spanish-dominant immigrants, and more young Hispanics are bilingual or predominantly English speakers. According to Ad Age 's Hispanic Fact Pack, just 16% of Hispanics watch only Spanish-language TV, and 18% view just English-language TV, while the majority -- 66% -- go back and forth between the two languages.

To cater to that linguistic split, there's a growing effort to offer language choices. Jennifer Lopez, for instance, is a partner in a new music show called "Que Viva: the Chosen" that debuted in late January in English, Spanish and Portuguese versions for the U.S. and Latin America. A Spanish-language version is running on Univision, and Fox is airing the show in English. Sponsors include BlackBerry, Kohl's and American Airlines.

Separately, Univision is starting a Spanish-language telenovela network this month onDish Network Corp.'s satellite-TV system. Spanish-language sports and news channels will follow by midyear, according to Monica Talan, a spokeswoman.

While the names behind the English-language news channel are solid, Disney and Univision could face headwinds in getting a new cable outlet picked up by content distributors unless it is significantly differentiated from news outlets currently available. MSNBC, CNN, Fox News, Fox Business, CNBC and Bloomberg are all entrenched on cable lineups. Meantime, many cable and telecommunications distributors are placing more emphasis on using their bandwidth for services that will bring them additional revenue -- such as video on demand -- rather than open their tiers up for more content, and the subscriber fees that come along with it. Disney owns ESPN, which gives it heft in negotiations with content distributors, but it's also true that one of the biggest distributors, Comcast, already operates two news channels under its NBC Universal subsidiary.