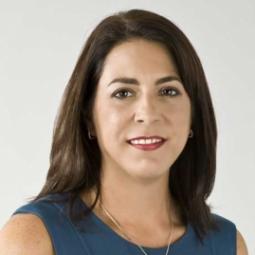 She will not be replaced. With the exception of Brazil, Saatchi's Latin American operations will report to Justin Billingsley, London-based CEO of the worldwide dynamic markets group since the network's management group was restructured in January 2015 when former CEO Kevin Roberts stepped down to become executive chairman. Dynamic markets is a group of 29 countries Saatchi has designated as fast growing in Latin America, Asia, Africa, the Middle East and Central and Eastern Europe. (One major market, Brazil, which previously reported to Mr. Roberts, reports to CEO Worldwide Robert Senior).

Mr. Billingsley, a former marketer, joined Saatchi in 2009 as Shanghai-based regional CEO for Greater China, and became chief operating officer for Saatchi in Europe two years ago. He began his career at Unilever in Australia, then worked for Coca-Cola in the U.S., U.K., Australia and Indonesia. Before joining Saatchi, he was brand marketing director for telecommunications brand Orange in the U.K.

Ms. McFarlane joined Saatchi in 1993 as an account director in the agency's Puerto Rico office. She worked in various Latin American and U.S. Hispanic roles at Saatchi and Conill, and has been in charge of both operations since 2008. Under Ms. McFarlane, Del Campo Saatchi & Saatchi founder Pablo del Campo took on international creative responsibilities, and became worldwide creative director last year.

In the U.S. Hispanic market, Conill's president, Carlos Martinez, will report to Mr. Senior. Like Ms. McFarlane, Mr. Martinez started his Saatchi career in the Puerto Rico office, then called Badillo Nazca Saatchi & Saatchi. He joined Conill in Los Angeles as EVP, general manager, in 2002 and became president in 2008.

In the U.S., Conill is the third largest U.S. Hispanic agency, according to Ad Age's 2015 Hispanic Fact Pack published today, up from No. 7 in 2011. Conill does outstanding work for Toyota Motor Sales U.S.A., Procter & Gamble and T-Mobile. One of the biggest award-winners from the U.S. Hispanic market in the last year is Conill's "Mas Que un Auto" ("More Than a Car") campaign for Toyota. That effort plays on the Hispanic penchant for giving everyone a nickname, and features a small, symbolic badge that Toyota owners could order free from the company and place on their cars bearing the unique names of their automobiles.