Tony Dieste Returns as Chairman to Hispanic Shop He Founded

After Several Years in Private Equity Business, Former Latino Ad Industry Leader is Back at Dieste
READ THIS NEXT
Study finds more Hispanics than non-Hispanics view cannabis as beneficial

Tony Dieste, founder of the biggest U.S. Hispanic ad agency, is back. Starting today, he is chairman of Dieste, the Omnicom Group-owned shop he left more than four years ago, at the peak of his career. 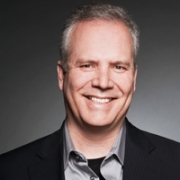 The Dallas-based agency has had ups and downs since Mr. Dieste left the industry after his wife became gravely ill (she later recovered). For the past few years, he has been in the private-equity business, investing and working on turnarounds, especially mobile and technology companies.

It's not uncommon in the Hispanic market for even the best agencies to grow so quickly that they aren't able to manage their businesses with the same success. Dieste Harmel & Partners endured a difficult transition after Mr. Dieste left. Co-founder Warren Harmel also exited, and the agency relaunched as Dieste in April 2008 under CEO Melisa Quinoy.

Ms. Quinoy was gone in less than three years. In late 2010, Dieste turned to Greg Knipp, then managing director at sibling Omnicom Hispanic shop LatinWorks, to be its next CEO. Messrs. Knipp and Dieste stayed in touch as Mr. Knipp rebuilt the agency with President and Chief Creative Aldo Quevedo, as well as new hires.

"This place was near and dear to my heart," Mr. Dieste explained said. His return is being announced today to Dieste staff and clients. The founder is looking forward to resuming a prominent role in the U.S. Hispanic ad industry. "I just think there's an opportunity to create change."

A natural leader with boundless energy and a gift for handling clients, Mr. Dieste returns to the business as general-market agencies increasingly compete for multicultural business. "The issue is how you create better commercial content for your clients," he said. "Clients are going all over the place looking for it."

Dieste is No. 1 among U.S. Hispanic agencies in Ad Age 's Hispanic Fact Pack, with revenue of $37 million in 2010. Its biggest clients are AT&T, Heineken, and Procter & Gamble brands, including Gillette, Duracell and Head & Shoulders.