For inspiration on reinvention join us at the IDEA Conference

The Museum of Modern Art's Paola Antonelli; Scott Keogh, CMO of Audi; Dogfish Head founder Sam Calagione; and Momofuku's David Chang are among the speakers aiming to provide inspiration and ideas and maybe even a road map for reinvention at the fourth annual Idea Conference in New York on Nov. 12.

Idea, hosted by Ad Age and Creativity, is bringing a diverse set of participants from myriad industries together under one banner: reinvention. Leaders in the fields of architecture, banking, design, food, electronics, automotive, entertainment and more are coming together with one common distinction: They're relentlessly creative and innovative in their fields.

Recognizing so much of our business is learning from exemplars, Idea has consistently brought forward engaging entrepreneurs, passionate idealists and brilliant thinkers for inspiration and illumination. Presentations range from a look at the way MoMa's Ms. Antonelli thinks we should approach curation in a world in which we're filtering stimuli more than ever to a tasting of beers brewed in accordance to ancient traditions with Calagione. 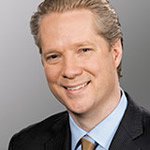 Scott Keogh
Two of Idea's speakers come from areas especially in need of reinvention, with Audi's Mr. Keogh explaining how the automaker has embraced aesthetics and revitalized its business position with help from the architecture and design worlds, and Arkadi Kuhlmann, chairman and CEO of ING Direct USA, introducing his company's attempt to teach fiscal responsibility to young consumers with Planet Orange.

Let's not forget the tech side, either -- just as previous Idea conferences have lauded proud geeks Robert Stephens (founder of Geek Squad) and CAPTCHA inventor Luis von Ahn, this year is no different.

Some of the most thought-provoking conversation is sure to come from a session featuring BERG's Matt Jones and Jack Schulze. BERG's multifaceted interests make it much more than a simple design consultancy. Mr. Schulze, a co-founder of the London-based firm formerly known as Schulze & Webb, recently explained "Touch," its Rube Goldberg machine made from RFID technology and Near Field Communications, while Mr. Jones, formerly co-founder of travel connectedness site Dopplr, touches on comic books, futurism, architecture and science fiction in a recent lauded essay "The City Is a Battlesuit for Surviving the Future." And joining us to demonstrate the remarkable technology behind his company's Pulse smartpen is Livescribe Chairman-CEO Jim Marggraff.

Weighing in from the startup side is Perry Chen, CEO of Kickstarter, a venture that "crowdsources" funding for creative projects. Launched in April, the site has already made several notable creative projects a reality, including a wedding chapel on Manhattan's Lower East Side and a tribute to Miles Davis' "Kind of Blue" by 8-bit chiptune musicians. 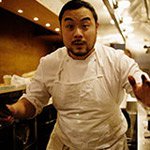 David Chang
We're also very lucky to be joined by Mr. Chang, owner and executive chef of Momofuku Restaurants, who will explain how his simple philosophies carried him to great success. Mr. Chang will also sign copies of his new recipe book, "Momofuku."

Closing out the day is a presentation on the evolution of an album from DDB's senior producer of music and integration, Gabe McDonough; Josh Deutsch, chairman-CEO of Downtown Music; D.J./producer A-Trak; and recording artist Kid Sister. Two years after its initial completion, Chicagoland native and Kanye West collaborator Kid Sister's debut album is due to emerge. We'll hear how it evolved with the input of Downtown Records (the label of Gnarls Barkley, Mos Def, Santigold and co-founders of online-only free site RCRD LBL) and Kid Sister's producer A-Trak.