For most companies, social advertising has taken over as one of the best ways for brands to market to either a broad or targeted demographic of potential buyers. Despite its widespread use, however, many companies still get social marketing wrong. Even further, as you examine marketing strategies, you start to realize that there are myriad ways to get corporate social ads wrong and only a few ways to get them right.

These eight professionals from Ad Age Collective have spent a vast amount of time in the industry, examining social media users and the things that businesses that want to engage them should avoid. Here's what they believe to be some common mistakes found in most corporate social ad strategies, and how they think companies can do better and achieve their desired results.

2. Campaigns being too broad

Companies make campaigns too broad, too often. When you go after everyone, you can end up with no one. I've seen way too many stock photos asking generic questions. Corporate social ad strategies tend to avoid going niche. Niching down is a smaller audience, but you can speak exactly to their pain points and needs. Find multiple niches and attack them. - Troy Osinoff, JUICE

Lack of self-awareness is a common mistake. The internet is brutal, and this is especially true on social media. If you come across as disingenuous, be prepared for backlash. Not only will this lead to your social ads not being successful, but you may also cause collateral damage for your brand in the process. Make sure you test your ads on a small, trusted group of ideal consumers and get honest feedback before you hit publish. - Patrick Ward, Rootstrap

4. Focusing on one execution in one platform

Brands sometimes focus on one execution in one platform, and are left with a narrow view of their audience. They need to reach their consumers on a multitude of platforms and channels that resonate on various levels. Some channels are better for awareness, but not really lower-funnel actions, and vice versa, but each can play a significant part in getting a customer to convert. - Oz Etzioni, Clinch

5. Not having a clear call to action

A very basic mistake that corporates make when creating social ads is that they don't have a clear call to action. They present a beautiful video or an ad but don't give people a step to take after experiencing it. So, add calls to action -- to visit the official site, make a donation, share the ad or other actions. Adding a relevant action can make your campaign a success. - Syed Balkhi, WPBeginner

6. Hiring influencers based on the number of followers

The most common mistake we see on social is brands spending a ton of money on influencers that don’t have anything to do with their brand, but are chosen for their amount of followers. Micro-influencers have a better chance of reaching your core target market, and are generally a lot cheaper than mega influencers. - Warren Jolly, adQuadrant

7. Not factoring for negative comments

One common problem is that the strategies don't factor for negative comments on social media. Thousands, if not millions, of users can see your work, and negative comments can gain more traction than positive ones. If a potential customer sees a bad review or rant about your product, they are less likely to buy -- then you lose that sale. Always screen negative comments and handle them from the start. - Duran Inci, Optimum7

8. Not taking the time to identify the right platform

Companies become crazy with the feeling that they need to surf on the next social media wave immediately -- Facebook, Twitter, YouTube, Instagram, Vine, Snapchat, TikTok, etc. It is OK to let other people figure out what works on the latest platform and to draft off their learnings. Then make sure most of your effort remains focused on the platforms that really work best for you. - Dan Beltramo, Onclusive (formerly AirPR) 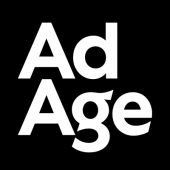