Marketing a merger or acquisition? Prove it

Imagine this: Your company is acquiring a high-flying startup in the same space, and the deal is closing in a month. You’re tasked with putting together an announcement strategy without the help of your team, who won’t be “read in” to the deal until a few days before the close. Meanwhile, big tasks -- unification, cross-selling, etc. -- are looming on the horizon.

As marketers, we assume too often that mergers and acquisitions occur mainly on an operational and financial level, far from our world of content creation, messaging strategy and consumer insights. But the truth is that we play an integral role in the process. In fact, the success or failure of a merger can often be traced back to how well marketing efforts support operational ones and how effective we are at creating trust in the notion that the merger is in the best interest of all those involved.

This becomes easier to see when we consider three big challenges we have to overcome when undertaking a merger/acquisition:

• Proving it to multiple audiences.

Each of these can only be partly accomplished by a good operational and financial plan; the rest relies on effective communication of the right messages to the right people at the right times. Or, as we’ve called it since before any of us were born, marketing.

Let’s take a look at them one at a time:

The only way a merger or acquisition works is if audiences find the newly offered product or service worth their time and money. It’s that simple. Whether the goal was to eliminate competition, add a much-needed product enhancement or buy some brand equity, it only works if people believe it.

As much as we like to think a product can speak for itself, it can’t. Value must be communicated. People need to know it’s worth learning a new name, familiarizing themselves with a new identity or walking away from an old one. We’re skeptics by nature. We must be convinced.

Often, the folks who approve the big bucks to make a merger or acquisition happen aren’t the ones actually making it happen. But just as often, they make some demands as to how soon they want to see that investment pay off. And it’s usually yesterday.

So, it becomes our job as marketers to develop efficient programs to retain key customers, cross-sell solutions and move new prospects through the funnel faster.

Proving it to multiple audiences

You’ve discovered and defined the relevant value of the new brand, laid out a strategy to effectively communicate it to customers and compelled them to act remarkably fast. Congratulations -- you’re halfway done.

Now, all there is to do is to get everyone in the company on the same page, telling the same story and believing in the same value. Never mind that half of them came from another organization -- likely a direct competitor -- with a different value proposition and platform or that they have different cultural norms and may have seen many of their co-workers become casualties of the merger.

The fact is that our customer audience isn’t our only audience. There are other equally important audiences with whom we need to build trust, and now.

If overcoming these obstacles seems like an incredibly daunting task, it’s only because it definitely is. There’s no way around it: Marketing will bear the unfairly difficult burden of communicating the ultimate value of a merger or acquisition and be largely responsible for its success.

The good news is that knowing where potential pitfalls lie allows us to prepare for and avoid them. Being aware of the challenges we face will equip us to be successful in overcoming them. A playbook for marketing through mergers and acquisitions should be at the disposal of every department facing the task. Your team should be able to work through the above with expertise that comes from historical knowledge (and, let’s be honest, historical failure).

It’s also important for the aforementioned finance and ops folks to recognize the vital role marketing execution plays in a successful merger. The importance of including marketing from the beginning can’t be understated. The only real purpose of a merger/acquisition is to provide more value than the individual brands that went into it. It’s our job as marketers to prove it. So, have a plan for doing just that. 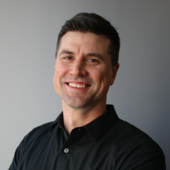 President at 90octane, providing strategic leadership for the company, clients and employees of the hybrid agency/consultancy.