Marketing ventriloquism: A master class on how to speak to your audience in a voice other than your own | Ad Age
Skip to main content
Sign In Register

Marketing ventriloquism: A master class on how to speak to your audience in a voice other than your own

In my last article, I laid out the three steps to introduce marketing ventriloquism into your organization: focus on what you can control; install control systems; amplify earned media. I also speculated on some of the reasons more organizations are not connecting the dots internally to maximize marketing effectiveness in this way.

Now, let me walk you through the mechanics of wringing the most out of your content, teams and processes to improve marketing effectiveness via marketing ventriloquism and earned media amplification.

In the simplest terms, earned media amplification is the delivery of content produced by a third party to an audience of your choice. Often, this delivery is via paid digital media or paid social media because they offer a good blend of scale and targeting precision. However, earned media can be amplified in numerous ways, including company newsletters, email campaigns, corporate social media channels, employee advocacy programs, etc.

First, begin by working together to get your earned media amplification program up and running. Sure, the communications department, digital media team or paid social team could all independently amplify earned media. In many organizations, one or more of these departments are already doing this to some extent. But it tends to work better when those parties collaborate because they each bring different, relevant skills to bear. Diversity and collaboration leading to better outcomes once again -- imagine that.

In particular, the comms team or PR agency generally has the best catalog of earned media articles available to the company. They also have a sensitivity to subtleties associated with each piece of content. Perhaps, for instance, an executive was badly misquoted in an article or a particular publication or journalist is widely known to favor a competitor. Corporate comms is probably already doing some informal earned media amplification through social media channels, email, newsletters or the company blog.

Digital media and advertising teams are always looking for new, more effective content, whether they are focused on brand building at the start of the customer journey or late-stage demand generation conversions. They will also have experience trafficking advertising -- especially targeting media, which is an element of amplifying earned media. Additionally, they may have expertise in measuring the effectiveness of digital media and, perhaps, access to internal or external performance benchmarks.

The paid social team is likely to have mastery over some of the best channels for earned media amplification, such as Facebook, LinkedIn and Twitter, or even purpose-built native ad companies like Sharethrough and Taboola. They are also likely to have budgets and measurement systems just like their brethren in the digital media or advertising teams. And they have the same insatiable need for new, effective content -- especially if it already exists and does not cost anything to produce.

Secondly, don’t overthink it. Far too often I hear some variation of “We are just waiting for our next good media hit.”

The beauty of earned media is that while its native readership declines quickly, it can be reanimated at any time. It is not as though everyone who you wish had seen your past content actually noticed it. Further, how do you really know what a “good” media hit is until you measure it in absolute terms and relative to previous earned media you have generated? So, extend those alligator arms of yours, and reach back into your treasure chest of earned media content that you already have at your disposal.

Another variant of that excuse goes something like “We don’t have any articles in top publications worthy of promotion.” To go back to the beginning, the most important element of earned media is that it is not you talking to your customer. Free yourself from your media snobbery, and you will be rewarded.

The team at online retailer Overstock experienced this firsthand when they amplified a relatively dry article from a tiny blog with little readership. “When we look at the value of it, it’s no secret a third-party opinion is more impactful than me telling you, ‘This is a great couch.’ Of course I’m going to tell you that, I’m from Overstock,” said Mark Delcorps, senior director of public and investor relations at Overstock.

Lastly, measure your earned media amplification. And by measurement, I don’t mean selling yourself or the entire effort short by measuring just impressions or clicks, which is the current norm. In order to really understand how earned media amplification drives your business, strive to measure its effect against the full funnel of effectiveness measures, from engagement to brand impact to attributed outcomes, also known as marketing attribution.

Matt Van Hoven of Raven PR succinctly stated, “Until PR has measurement like what advertising has, it will never garner the same dollars.” Salesforce’s 2018 "State of Marketing" report showed that high-performing marketing organizations are 1.5 times more likely to measure marketing ROI than underperformers.

Different earned media content will have different effects on different people, just like ads do. You need to be able to discern those differences so that you can deploy the right content to the right audience at the right stage of the customer journey. This is effectively ad optimization applied to earned media amplification.

Just like all marketing, marketing ventriloquism is a learned skill, and nothing about it is static. It benefits from experience and measurement, and it can always be optimized. 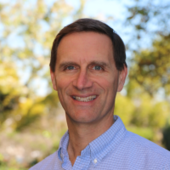 CEO of Onclusive, a data science driven platform for measuring and amplifying earned and owned media.