The new age of content Darwinism (and how to apply it)

Are you surviving content Darwinism? There is a need for content at scale, and that is creating an evolutionary battle every day in the digital universe. And it’s a jungle out there. The fittest content for each brand gets reproduced, and the content that doesn’t work becomes extinct. It was born as optimization, but it has become more than that: It’s natural selection -- the survival of the fittest. We, as brand marketers, are its engineers. And it is changing digital marketing forever.

Darwin’s law of natural selection, which says that organisms with the most favorable traits and that perform best survive and reproduce, is not unlike modern advertising. In advertising, we can apply the same evolutionary pressures to create content that succeeds. We can now develop and run many pieces and versions of creative to see which executions perform best. The content that is working should get more investment. The content that is not working should eventually be killed off. If you’re not applying content Darwinism, your brand could be left in the Stone Age.

This is playing out in many ways, but it is a critical mechanism in two of the biggest areas of marketing: influencer marketing and personalization.

Nowhere is this phenomenon of content Darwinism more acute than with influencers, particularly micro-influencers. Top influencer firms are working with brands to ask target-relevant influencers to create and post brand-integrated content to their followers organically. Through a process of natural selection, the posts that get the most interactions and engagement can get paid media support, while the other content fades away. The influencers are competing in a battle to get the brand’s paid media dollars behind their content.

This evolutionary pressure goes on until the brand leans into a few high-performing executions from influencers as the predominant creative. This gives you authentic and credible influencer content that can be honed and battle-tested, evolving your content to its finest possible form. The pre-content Darwinism approach is an unevolved troglodyte, while the current approach is a highly evolved specimen (think Stephen Hawking or Jon Snow).

The trend toward greater personalization is also fueling content Darwinism. The goal of personalization is to tailor creative content based on information about consumers to make it more relevant or personal to them. One way to find out what's most relevant is through the signals the consumer sends. For owned media, it is interactions such as what people click on to find out more about a product or make a purchase. In paid media, it’s click-throughs or video views.

Based on that knowledge, which can become our first- or third-party data, we can learn more about people and serve them more relevant content. “Knowing” more people and the specifics about them enables our content to evolve to a better, more personalized form. To put it in evolutionary terms, the content becomes more functional, like a species that develops a wing or an opposable thumb, and survives the competition.

Content that provides utility and is personally useful will always have a better chance of living on. This process can be accelerated through artificial intelligence (AI) or machine learning, in which many pieces or atoms of content, often created via templates and permutations, self-optimize in near-real time. The selected content survives and flourishes. As Charles Darwin put it, "endless forms most beautiful" -- most of the time.

Here is the tension: Is there a conflict between creating enduring, purpose-driven campaigns and engineering ephemeral, constantly evolving forms of content? No. Our brand purpose and campaigns should drive the creative idea and persist for the long term, but the day-to-day expression of it needs to be adaptable. Digital content can evolve based on how consumers respond to it, not what the creative director likes or even what ad testing tells us. It’s a real-world battle for survival.

So, how can you apply content Darwinism? Start by developing a mechanism in which your brand can develop or curate as much content as possible in an efficient way. It can be from your agency or brand, production companies that create dynamic content modules, influencers or even user-generated content on social media. Next, put as much as you can in the marketplace, and test it via your key performance indicators (KPIs). Optimize for what's working, and you are engineering content Darwinism!

The phrase "content Darwinism" was first coined in 2012 by Starcom agency and has been used here and there, but it hasn’t taken off or been widely communicated. The use of the phrase itself is eerily similar to the journey of Darwin’s theory of evolution by natural selection.

The theory of natural selection was actually was first discovered and articulated by Alfred Russel Wallace. He even wrote a paper and sent it to Darwin telling him about his theory. Darwin happened to be working on a very similar theory and, soon after getting this letter, rushed to publish his version of natural selection in “On the Origin of the Species.” So, he ultimately got the credit for it.

It’s time for the theory of content Darwinism to be published broadly and become common wisdom -- that is my goal with this article. Because if you aren't practicing content Darwinism already, you could quickly turn into a marketing dinosaur. And we all know what happened to those wonderful creatures. 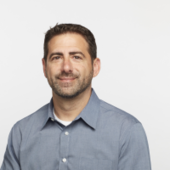 David Kellis is Director of Global Corporate Communications at the Clorox Company.