Now trending in ad tech: 4 things digital marketers should get smart about

At the end of 2018, Magna Global released its advertising forecast, which predicted that digital advertising will account for 50 percent of global ad spend in 2019. During my decade in the digital media space, part of which has been as the vice president of a digital media and ad tech marketing and sales company, I've seen that the list of what demands marketers’ attention has also grown and is ever-changing.

Keeping up on the trends and the products and how they shape digital marketers’ mindsets is a never-ending, uphill battle. Here are four things in digital I believe marketers should pay close attention to:

1. Marketers are producing video ads that last as long as the time it takes to read this heading.

That’s right, six-second ads are becoming the norm. I know what you’re thinking: “You can’t tell a story in six seconds.”

But, that's not necessarily true.

The digital video landscape is crowded, not to mention expensive for marketers. So, they’re doing all they can to make each second count, albeit with an extremely limited number of seconds. YouTube’s non-skippable, six-second “bumper ads” have ushered in a whole new format of digital advertising, and it often works. According to Google's Ads Blog, 90 percent of bumper ad campaigns drove a 30 percent increase in global ad recall. I've observed strong brands, such as Mercedes-Benz and Under Armour, have perfected the art of front-loading branding elements and cramming a compelling story into a tiny time slot.

And, lest you think digital video is “small potatoes,” eMarketer predicted that by 2021, the digital video advertising industry will exceed $22 billion.

2. Brands are trying to figure out the best format for social and native advertisements.

Although six seconds seems short in the YouTube world, it’s eons compared to the time marketers have to grab attention on scrollable social networks, such as Instagram, Facebook and Twitter. Native advertising accounts for almost 60 percent of U.S. display spend, and of that spending, nearly 75 percent is allocated to social ads. Together with video advertising, social is a major factor in the growth of digital advertising.

Social ads have milliseconds to capture a user's attention. Marketers should consider how best to incorporate visual elements that will quickly grab consumers’ attention. You must also consider how to speak to users on those platforms, how to incorporate a strong call to action and, ultimately, how to spark consideration and action in an incredibly short amount of time.

So, how do you go about doing that? Many of the strongest social posts capture attention with a variety of techniques, but for the most part, I've observed they all include:

• Strong visuals, such as video or stunning photography.

• An authentic, relatable voice, which should be established early on and strengthened over time.

• Engagement by posing questions, soliciting feedback, commenting, challenging others to chime in, etc.

Data allows us to target the right user at the right time in the right place. That’s been game-changing. But, data doesn’t yet address two areas of increasing importance and concern: context and adjacency.

We’ve all heard the horror stories of iconic brands’ pre-roll videos running in front of or alongside extremist, inappropriate or non-brand-safe content. Mishaps like these have caused marketers to pay closer attention to the safety of their brands across digital ad placements. And though this certainly includes the content of the ad itself, it also has a lot to do with the digital neighborhood the ad lives in.

Here's the deal: Audience still matters, but audience plus context is key. Some proof? Procter & Gamble Co., one of the world’s largest advertisers, slashed ad spend by $200 million in 2017—after the company’s ads ran alongside "objectionable videos," according to The Wall Street Journal. As privacy laws impact marketers’ abilities to target audiences, I believe brand safety will only continue to gain importance.

How do you navigate these tricky waters? Work with quality, reputable publishers, agencies and programmatic partners. If rates, volumes, etc. seem too good to be true, they probably are. So, look at things from the point of view of your audience: If it's not content they'd consume, don't allow your ads to be placed there.

With companies shelling out a good chunk of marketing dollars on digital advertising, it stands to reason they would want to make sure their content is seen by real, live humans. Now, with nearly 30 percent of all web traffic showing "non-human signals," according to Adobe via The Wall Street Journal, advertisers want to make sure their ads are viewed by real people. Many digital ads are never seen by humans. Unfortunately, there’s no way to guarantee a user sees any given ad, but digital marketers can guarantee their ads are viewable in the digital ecosystem.

The increase of nonhuman activity on the web has caused marketers to take a closer look at their supply partners and publishers. In the past, you might have taken a hands-off approach to outsourced programmatic elements. But, now it's important to start reviewing campaign reporting data more closely and take black- and white-listing and boycotting seriously. Ask tougher questions to ensure metrics are based on valid traffic and viewability.

As the digital marketing industry continues to grow and evolve, marketers will have to pay greater attention to elements that were once perhaps considered peripheral. And though some facets of digital marketing, such as social media and video content, are growing exponentially right now, at some point, their growth will slow and be replaced by new elements. Desktop disrupted traditional. Mobile disrupted desktop. What will disrupt mobile, and what will disrupt that? I wish I knew. But not knowing and being prepared to constantly pivot and learn is part of what makes all of this so exciting, isn’t it? 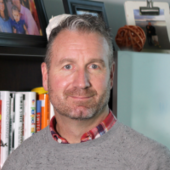