Office uprising: How employee activism will change PR in 2020

In 2019, one thing was clear: Workers are expecting more from their employers, and if they don’t get it, they’re willing to make their voices heard -- loudly and publicly.

The tech and startup communities, especially, are seeing unprecedented levels of employee activism. In the past year alone, we saw hundreds of Facebook employees publish an open letter urging the company to rethink its hands-off policy on political advertising. And after WeWork’s IPO collapsed, those employees gave management a piece of their minds in a public letter demanding “more transparency and more accountability.”

At Amazon, employees staged a national walkout to demand the company do more to fight climate change. Microsoft and GitHub faced employee protests over their contracts with Immigration and Customs Enforcement (ICE), as did Google, which came on the heels of a flurry of other employee protests aimed at the tech giant.

To further underscore the point, a Webner Shandwick survey recently found that nearly 40 percent of workers say they’ve spoken up to support or criticize their employer’s actions over a controversial social issue. That number jumps to 50 percent when you only look at millennials.

No doubt, times are swiftly changing for businesses. Water-cooler talk is going viral.

This year, companies will need to be ready to react to this new breed of PR crisis and have a communications strategy to proactively prevent it. Here are a few emerging trends that I see reshaping company PR:

CEOs are speaking up

Edelman research found that 76 percent of people say they want CEOs to take a stand on tough issues and lead social change. And 73 percent believe companies can have a positive community impact while still boosting profits. In a public statement, 181 prominent Business Roundtable CEOs answered the call for change, vowing to work toward “an economy that serves all Americans.”

The bar has been set high for CEOs. As they step into this more public, ethical leadership role, it will be critical that CEOs are thoughtful about what and how they communicate -- especially in times of crisis or internal turmoil. Before stepping up to the mic, CEOs should have a messaging strategy that allows them to articulate why an issue does or does not align with company values.

Owned media matters more than ever

Consider this: 86 percent of investors say they look at a company’s or executive’s social media when they’re evaluating a current or potential investment, according to research by Edelman. And 74 percent of them say employee activism makes a company less attractive.

It’s critical, then, for companies to be strategic about the story they want to tell on the media they own. These channels provide a golden opportunity for companies to showcase how they are committed to the sustainability issues that matter greatly to stakeholders and investors alike: environmental, social and governance, or ESG. In fact, more than 80 percent of mainstream investors now rely on ESG disclosures to make their decisions.

Internal comms is growing up

Companies have spent decades trying to understand their consumers. It’s now time to look inward and understand their personnel. Internal communications is reaching new levels of sophistication. Think skip-logic surveys to capture pointed sentiments and segmenting audiences to learn which employees want to hear from you and about what topics.

Increased communications from the C-suite is also a good idea. Employees who hear from leadership regularly are two times more likely to feel good about -- and trust -- their employers, according to research from Global Strategy Group.

Of course, engaging employees more regularly also gives companies the chance to benchmark satisfaction and retention. Those numbers are valuable when it comes to keeping a pulse on personnel sentiment and can even drive your company narrative (see trend above).

Even with the best communications strategy, there’s no silver bullet. An employee protest can cause a PR nightmare for virtually any company. But the wise ones will be prepared for it. However, most investors don’t think companies are ready.

Edelman research found that 79 percent of investors don’t have confidence that companies are prepared for employee activism. I’m willing to bet they all believe a company should be, though.

Beyond that, companies should also have a protocol for speaking out on hot issues. And that should keep pace with the news cycle. Half of Americans expect a company to respond within 24 hours of a major news event, such as a mass shooting, according to research by Global Strategy Group.

The bottom line is that this year, and well into the foreseeable future, employee activism is the new normal. And companies are expected to pick a side. Companies must recalibrate their PR strategies if they’re going to successfully navigate this new landscape.

And must I remind you that 2020 is a presidential election year? So, hold on to your hat. There are surely more protests rumbling on the horizon. 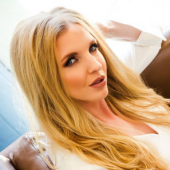