As a professional namer, I create names for companies, products and services. After the global climate strike this past September, I found myself thinking about the terms “climate change” and “global warming.” Are these scientific terms too neutral? Do they do enough to grab attention and inspire people to take action?

Scientific terms often fail to resonate in meaningful ways. In the early 1900s, for example, no one had heard of the "hypothesis of the primeval atom." That changed in the 1940s when the term “Big Bang” was coined, which was a simpler, more relatable concept for the masses. This complex scientific concept is extremely well-known today because a better, more tangible term was applied to it. Can we use lessons from the naming of the Big Bang to rebrand “climate change?”

A short history lesson: Scientists once used the term “inadvertent climate modification” to refer to subtle changes in global climate patterns caused by humans. During the 1970s, the scientific community created two new terms: global warming (the increase in Earth’s average surface temperature) and climate change (a long-term change in the Earth’s climate).

Originally, politicians latched onto global warming because it sounded more worrisome (the Earth is heating too fast). But it was too easy to poke holes in because the Earth was also getting colder. During polar vortex storms, skeptics often tweet that it "sure would be nice for some of that 'global warming' right about now." Politicians then pivoted to “climate change.” This concept was less easy to deny, but also less compelling and less actionable.

This leads me to wonder: Is there a better way to convey the urgency of the situation, while also encouraging folks to take action? Could the tools of branding and brand naming create a more resonant, powerful name? Our naming team decided to give it whirl, but first, we set some parameters and guideposts, as we would with any new brand name project:

Reach: The new name needs to speak to a global threat affecting 7.5 billion humans. As such, our global team of namers from London, New York, San Francisco and Shanghai developed these new names.

Audience: The brand needs to reach an audience that isn’t trained in scientific terms. We need these folks to understand the severity of what’s happening to their planet and inspire them to make more eco-friendly life choices and pro-climate choices at the ballot box.

Message: There are many possible themes, tones and styles of names to explore. The name could signal hope, fear or change. It could be a call to action, be more descriptive or use familiar metaphors that emotionally connect us to the issue.

With all of this in mind, our team of wordsmiths developed the following new names for climate change:

These options are subtle brand shifts from "global warming," yet they deliver a more negative image. The names signal that ice caps are melting, but also create a more visceral image in the mind -- that real feeling of “melting” when it’s too hot outside. A meltdown is a disastrous event that draws from the ultimate terror of a nuclear meltdown, an apt metaphor for global destruction. In naming, we call metaphorical names "suggestive names," and they are one of the most popular types of names.

Good brand names instill a clear message or even a direct call to action. Perhaps that's why climate change isn’t powerful enough: “Change” sounds so neutral. However, there’s nothing neutral about collapse or chaos. Both are states of events that you absolutely want to avoid. They ask each of us to do what it takes to avoid collapsing or descending into chaos. They both also use alliteration -- using the same letter or sound at the beginning of connected words -- a naming trick proven to enhance memorability.

Arresting brand names often capitalize on vivid visual associations. They refer to a tipping point that we’re catapulting toward and must find a way to avert. Because a boiling point is the point at which liquid vaporizes, it brings forth imagery of rivers, lakes and oceans boiling and disappearing. "Melting Point" paints a clear picture of solid matter melting. As glaciers melt and disappear, so does our way of life.

It's time to take the gloves off and stop pretending. Sometimes a brand name needs to be hyperbolic to truly capture hearts and minds. If we don’t take massive action now, Earth will be uninhabitable -- an irreversible barren wasteland. Plants and animals will die. Humans won’t be able to survive extreme weather like floods, droughts and fires. If we don’t change, we won’t even be able to spend time outside. "Scorched Earth" paints the direst picture of what’s to come and what we must avoid and is likely the edgiest brand name from our exploration.

The following honorable mentions represent creative outliers that lean on metaphor and wordplay to capture attention, a naming style that is sure to make a brand stand out:

Emission Critical: Focuses on the action we need to take: reducing emissions.

Planet Critical: Draws on a familiar concept of a critical condition.

Pre-Extinction: Powerful and suggests another mass extinction is imminent if we do not change our ways today.

The Great Collapse: The collapse of ecosystems, economies and our way of life.

Earthshattering: Creatively arresting -- the complete destruction of the Earth as we know it.

Whatever we call it, impending climate doom is upon us if we don’t act quickly. Global leaders have been sluggish, and by and large, individuals have failed to see the need for immediate action. But maybe branding can help. Perhaps a new name will shift the needle, even if just a little. 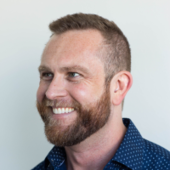