Traditionally, social media users logged into platforms to actively engage in some way -- to post a status update or watch a specific video, for example. But the rise of social media "stories" is a winner because it taps into an audience that is more receptive to advertising than other social media users.

Why? Because users who are simply swiping through stories aren’t necessarily in pursuit of anything; they’re casually perusing social media for anything that grabs their attention. Enter advertising.

When brands advertise to social media users while they’re actively doing something, such as writing on a friend’s Facebook wall, they’re not targeting a receptive audience. Those users are busy and aren’t as open to seeing content they’re not actively searching for.

For example, I recently watched the Saturday Night Live clip of Steve Martin as Roger Stone. It is absolutely hilarious. But before I could see the video, I had to watch a 30-second ad. I honestly can’t remember what the ad was for, but I can tell you with certainty that if it popped up again, I’d be thinking, “Not this ad again!”

Passive users, on the other hand -- users who are casually scrolling through their news feeds -- are often much more receptive to marketing messages.

Stories provide a passive experience that is a hit with users: At the end of January, Facebook reported that Instagram stories topped 500 million daily users (Full disclosure: Facebook and Instagram are agency partners of Hawke Media). And Facebook, which owns Instagram, reported ad revenue of $16.6 billion in the fourth quarter of 2018, driven in part by the popularity of Instagram and stories. What's more, about one-third of the most-viewed stories are from businesses.

Snapchat pioneered the “stories” movement, but it has fallen behind Instagram in terms of user engagement and ad performance.

Part of the reason for that may be because Snapchat introduced unskippable ads in its “Discover” feature in 2018. Additionally, it’s running six-second ads that users can’t skip in its “Shows” feature. These ads, much like YouTube’s, take up the whole screen, which completely disrupts users. The company reported in late 2018 that although users were up, the number of Snaps had fallen.

Instagram, on the other hand, has purely optional ads that feel native to the stories experience. This seamless encounter that requires no new action from users is where ads really perform. According to an Ipsos survey, 62% of respondents became interested in brands after finding them via stories. In addition, 50% looked for the product or service online thanks to stories, and 38% told their friends about products they discovered on stories.

Stories are easy to use, so consumers are beginning to check there first when they open social media apps. For brands that want to put themselves front and center with consumers, sharing stories is a great tactic. According to Hubspot's research team, video was listed as the type of content people pay the most attention to.

Stories aren’t the only way to engage users through a passive experience, though. Some users spend the bulk of their time on social media simply scrolling, often on Facebook, Instagram and now LinkedIn.

LinkedIn transformed itself into a platform offering content with a passive experience news feed. LinkedIn users spend an average of about six minutes on the site. During that time, they look at four or five pages -- something brands can take advantage of.

Social media outlets would be wise to embrace this, and advertisers would be wise to take advantage. Brands that capitalize on this can tap into a massive pool of consumers who are waiting for engaging content to pop up on their screens. 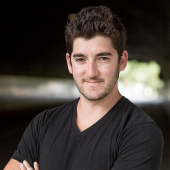 Erik Huberman
Erik Huberman is the founder and CEO of Hawke Media, a full-service outsourced CMO and marketing consultancy based in Santa Monica, CA.
Follow View all articles by this author