The technologies forging the future of immersive entertainment

Achieving this milestone will require entertainment companies, social media giants and tech developers to bring technologies like eye scanning, biometrics, blockchain, augmented reality and virtual reality into the entertainment mainstream. Such experimentation is made possible by advancements in artificial intelligence, which processes all data obtained from these technologies and powers active, immediate responses.

As the CEO of a technology company focused on entertainment AI, I find myself constantly interacting with new technologies emerging in the space. I predict that soon, this futuristic tech will be applied to revolutionize our online content experiences.

Often bundled with VR and AR headsets, modern eye-scanning technologies collect our subconscious responses. Hardware that can access and deploy consumer insights allows entertainment to be reactive to even subtle shifts in a viewer’s focus.

Eye scanning is something even my company's own AI research team has been exploring. Through this experience, I've learned that by mimicking real sight, eye tracking can provide more realistic experiences on AR and VR gaming systems by displaying high-resolution images where gamers are looking. Eye tracking can also inform natural user input. Monitoring where a user’s attention is focused reveals the most relevant user interface actions while surfing the web or watching a streaming show, thus eliminating friction-filled search functionalities or menus.

Today’s audiences are bombarded with content across platforms, have multiple devices vying for their attention and are increasingly ad adverse. By using viewer preferences from eye-tracking studies, brands could adjust ad strategies and customize experiences to consumers who opt in to tracking. Reliable eye-tracking data that is analyzed by AI could also replace contemporary impression and engagement metrics, which would provide brands with a key advantage when placing advertisements within film and television or sponsoring social media content.

Knowing you like the back of your hand: biometrics

Eye tracking is only one example of how biometric data can transform content. Things like facial tracking and classification are already being used for seamless login and payment verification.

Furthermore, using infrared cameras, Disney combined AI and facial-tracking software to record film audiences. It used the unstructured data it collected to train its AI and deep learning neural networks to predict when viewers would smile or laugh during a movie. This data was then used by studios to determine which scenes elicited strong emotional responses, enabling data-backed storytelling and empowering creative strategies.

While these capabilities can help major entertainment companies better understand audience emotion, they can also be used by social media influencers. For example, imagine a YouTuber asking to track facial data in exchange for content better aligned with audience interests.

Not just your Snapchat filter: VR and AR

Consumers are already experimenting with AR and VR through video games and social media. AR experiences are a valuable steppingstone toward more advanced VR applications. AltspaceVR users, for example, can play games and interact by attending music and comedy events, in addition to facilitating their own meetups.

While still in its early stages, I imagine it won’t be long until VR becomes more accessible and consumer-friendly, whether for interactive educational materials, entertainment or gaming. Soon, I believe consumers will be able to put on a VR headset to visit or watch movies with long-distance friends, take a virtual walk through the park or complete a workout class from any device anywhere in the world.

It doesn't end with bitcoin: blockchain

Blockchain isn’t just a technology for digital currency; it's improving transparency on social media and driving content decentralization. With blockchain, distributed content on social media is backed by verified information, which allows platforms to combat bot accounts and misinformation.

Blockchain can also transform the influencer marketing space, eliminate the need for brand partnerships and drive content decentralization. For example, Steemit, a blockchain-based social network, pays influencers with digital currency depending on a post's performance. Similarly, GetGems is a social messaging app where users earn bitcoins for posts. Such platforms enable a future where content creators are paid directly, which provides them with financial support to continue creating.

Further, content can be produced and created by crowdfunding through blockchain, thus eliminating the need for production studios and platform distribution. With audiences paying for entertainment creation directly — and owning a portion of its rights — they can influence the movies or TV series they want to see.

What does this mean for brands?

The future is always uncertain, particularly in a time of rapid innovation. In 10 years, any or all of these technologies could impact the way consumers interact with the entertainment world.

For brands, the important thing is to be nimble in every way possible. Preparation is about creating room in your business model for change and ensuring the space you give for those activities grows with the business. That could mean setting aside a portion of your marketing budget to invest in newer advertising methods or having a team dedicated to experimentation with emerging technologies and their impacts on consumer behavior. Regardless of the method, that flexibility is ultimately what will dictate who thrives in the next wave of technological and behavioral change.

For companies looking to invest more in AI, I would advise starting with a clear problem that has a high expected chance of creating value for your company in a reasonable time frame. From that win, you can then start moving toward areas that can be harder to execute, such as effectively leveraging unstructured and biological data at scale.

In conclusion, the convergence of these technologies is ultimately where true innovation lies, catapulting immersive experiences into the mainstream and creating intuitive, interactive entertainment. While the jury is out on whether consumers will fully embrace experiential content that intrudes as well as inspires, it’s clear to me that futuristic technologies will become a reality for entertainment in the 2020s. 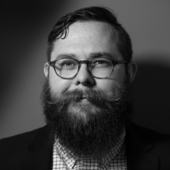 Ricky Ray Butler, CEO of BEN, is accelerating BEN as the global leader in Entertainment Advertising through the power of AI.