What digital publishers need to know about cookie blocking

Behavioral advertising, the technology that enabled those shoes you viewed on Amazon to follow you everywhere across the web, is under fire from all quarters these days.

Let’s recap how it works: A user visits your website, and various data points related to them, such as IP address, device type, browsing activity, search history, etc., are stored in a browser cookie. Advertisers then access this information during real-time bidding (RTB) auctions for ads. Amazon knows you’re interested in those shoes, so it’s willing to bid higher to serve you that ad.

It may be annoying (even intrusive) to many users, but it’s hardly a new technology. Behavioral targeting has been around for a long time -- it helps advertisers target interested users and publishers generate more revenue. And as with any other technology, there are ways in which behavioral targeting can be misused by bad actors.

At the same time, browsers are also closing in on cookie-based tracking. Safari started restricting companies from tracking information via first-party and third-party cookies using its Intelligent Tracking Prevention (ITP) feature. Firefox followed suit and completely blocked the use of third-party cookies. Even Google -- a company that’s heavily invested in the digital advertising business and generates a major chunk of its revenue from it -- is offering enhanced privacy control to users that enables them to choose who can and cannot track them.

In response to this, publishers and adtech vendors started looking into alternative ways to track users that did not require the use of cookies. By analyzing information like screen resolution, browser, time zone, language, installed extensions and fonts and the OS, it is possible to build a “unique profile” of users -- a process called "fingerprinting." Currently, browsers are ramping up efforts to block these fingerprinting scripts, too.

From a user privacy point of view, these are all positive developments and put power back in the hands of users, but they have a lot of publishers worried. Can the industry sustain itself without behavioral targeting? How much revenue do publishers stand to lose exactly?

Earlier this year, WSJ ran an article featuring a study conducted by the University of Minnesota, University of California and Carnegie Mellon University that tried to find the correlation between behavioral targeting and publisher revenue. It started with the bold question: Are creepy advertisements really necessary to support the free web? Their verdict? No, they aren’t. According to the study, publishers only get about 4 percent more revenue for an ad impression that has a cookie enabled than for one that doesn't.

You may be thinking that 4 percent doesn’t seem like a lot, but the study may be an oversimplification. The findings are in sharp contrast to a study published by Google, which found that “digital publishers lose 52% of revenue on average when readers set their web browsers to block cookies.”

Whoa, there’s a big difference between 4 percent and 52 percent -- so, who’s right?

The fact is that behavioral targeting delivers varying results based on the industry and audience. E-commerce companies will likely be hit the hardest when behavioral targeting data is no longer available. Publishers who have better audience data also stand to lose more, as confirmed by Chip Schenck, SVP of data and programmatic solutions at Meredith, in a Digiday article: “Our CPMs for audience targeting have been higher (a lot more than 4%) than for contextual targeting, given the uniqueness and performance of our data.”

The rise of cookie blocking may or may not have a cataclysmic effect on publisher revenues, but they still need to be prepared for the shift that’s happening. Here are some things to try:

• Contextual advertising: An alternative to behavioral targeting, contextual targeting works by analyzing the content on the webpage where the advertisement is being served and finding a good contextual match. So, an advertisement about shoes might appear on the website of a blogger who reviews shoes. Users don’t get tracked, and ad relevance is ensured (to some extent) -- it’s a win-win. Only, it usually generates less revenue than behavioral targeting.

• Adblock monetization: While you can’t avoid the revenue drop caused by growing cookie blocking, you can focus on recovering revenue from other channels. By most estimates, about a quarter of all internet users are blocking ads -- that’s one-fourth of all ad revenue lost. Fortunately, there are multiple options available to publishers that can help them recover this lost revenue, including whitelist requests, paywalls and micropayments, and ad reinsertion technology.

• First-party data: Most of the backlash related to cookies has revolved around third-party cookies (i.e., cookies dropped by entities other than the website owner, such as ad networks, that then track users across the web). In contrast, first-party data is information that website owners collect on their own, usually with proper user consent. Publishers can leverage this data to strike lucrative direct deals with buyers and advertisers.

Given the current regulatory environment and pro-user stance that browser technology companies are taking on third-party cookies and cross-site tracking, cookie blocking rates are likely only going to increase in the future. In the short-term, this will mean declining CPMs and reduced ad revenue for digital publishers. In the mid- to long-term, however, it's an opportunity for the ad tech industry to adapt and reduce its dependency on the forms of advertising that users find intrusive while maintaining profitability. 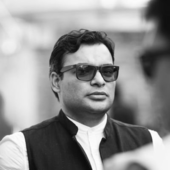