Why creative is so counterintuitive

When it comes to advertising on social media, creative (the images and video for your ads) is very counterintuitive.

A traditional marketing mindset leads us to assume that the images and video in our ads should be as professional and high-quality as possible. After all, the ads are essentially putting our best face forward. Our products and services are our babies, so of course we want them to look good!

However, creative is pretty counterintuitive when you start looking at ad performance. After launching countless different campaigns, we’ve found that low-fidelity creative tends to convert better than high-quality creative.

But before we dive in, let’s clarify: There is always a need for high-quality creative, whether that be on your product pages or within specific campaigns where it is actually converting well. This article focuses on the type of creative that tends to perform better for most Facebook ad campaigns.

If low-fidelity creative is used correctly, it looks organic to most people scrolling through their Facebook news feed. Keep in mind that Facebook, as a social platform, isn’t built to be ad-first, in comparison to how Google Ads work. Google, for example, shows advertisements to people searching for a given keyword, whereas Facebook simply plops the ads sporadically throughout people’s news feed based on hypotheses that they will be interested in what they see.

It’s not the quality of the creative, necessarily, that impacts the success of an ad; it’s the ad manager’s ability to influence user psychology. On Facebook, users want to see things from their friends, not branded content. If an ad looks natural and organic -- almost like something their friends on Facebook would post -- users tend to react positively to it. If the creative looks like a professional photographer and graphics team meticulously worked on it, users will assume it’s just another ad and likely keep scrolling past it.

The Psychology Of Low-Fidelity

Much of consumer-facing psychology has to do with eliciting an emotional reaction. If you watch your favorite movie from the point of view of a director, you’ll get the idea. Why did the director choose to play a sad soundtrack during the rainy scene where the protagonist despairs over his tragically lost lover? To get you to weep, of course.

A good director is able to immerse the audience in a magical ambiance, guiding them to feel what she wants them to feel with each shot. What makes a movie amazing isn’t so much the scene-by-scene flow but more so the journey viewers go through.

To some extent, successful ad creative mimics the same elements of psychology a director employs. It seeks to capture the user’s attention and alchemize it into an action (buy, subscribe, etc.).

Ad creative is very limited in the window it’s able to make an impression (unlike for a movie director -- but very few are willing to watch a two-hour advertisement). Your creative is responsible for the heavy lifting of an ad set since humans tend to be more visual, and the written copy should serve as a supplementary guide to action or context. However, the limitations set still offer plenty of playing ground for psychological influence.

In my experience, the best-performing ad creative uses an image that looks organic enough to your targeted audience’s news feed but also stands out and captures attention. The creative that actually converts:

• Captures intrigue, surprise or shock. You have a few split seconds to make an impression -- make it count.

• Gets people hooked by following up with different elements of value. Why should someone who sees this ad click on it?

Ultimately -- and this isn’t easy to do -- your creative needs to catalyze a customer's buying window as fast as possible. Your ad set must drive a direct response but not be overtly advertise-y so it doesn’t get glossed over like every other ad.

The limbic brain, or the emotional center of the brain, is what pushes people to buy. People who don’t know marketing that well look to target the logical brain and try to be punchy, creative, clever and literal.

The conscious brain does not buy; the limbic brain is what urges us to click on an ad, take action and buy. The logical brain likes to think and weigh options. The vast majority of advertisers, minus those selling higher-ticket items that require a longer buying process, should be targeting the direct response limbic brain.

If done effectively, the limbic brain is a foundational momentum driver. How do you activate it? Through intrigue and surprise. If you’re riveted and feel captivated by a movie, you’ll have a stronger emotional connection to it, regardless of the production value. The same principle should be applied to your advertising creative.

The underlying concept behind low-fidelity creative is tapping into psychology. The human is the variable. Conversion and calls to action are all limbic actions and emotionally fueled conversions. Most people take action in a window of emotion, and once it fades, they’re no longer willing to act on those impulses.

This is why there is such a large emphasis on speedy check-out processes. People move on, and they get distracted. Everything is intuitively driven by the fundamental emotional created in your ad set.

Low-fidelity creative helps you jump over the first hurdle of Facebook ad blindness because it stops people from having a knee-jerk reaction to seeing your ad and associating it with every other ad product they’ve seen. Once you’ve mastered this, the next layer is speaking directly to the limbic brain and priming potential customers to buy. 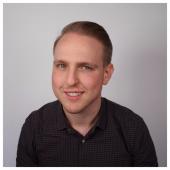