Panel of Experts Weighs in on How the Tech Will Change
READ THIS NEXT
TikTok tactics: What to know about reaching audiences on the social media platform 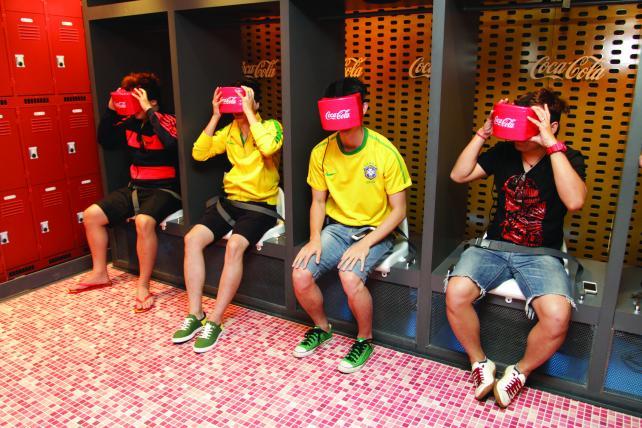 Virtual reality is on the cusp of changing how products are marketed, how news is told and even how people are treated for pain.

The technology, which can imitate smells, sights, sounds and textures, is also impacting the news industry. For news, unlike blockbuster films or big-budget ad campaigns, production is often simple and low budget, Gannett's David Payne said. "In a news environment, what we're trying to do is immediacy and drop someone into an event."

Mr. Payne mentioned the Amtrak train derailment as an example for a potential VR moment. The only shot available was from a helicopter, and it was hard to tell what was going on. "If you drop someone in there, your ability to tell the story is enhanced," Mr. Payne said. "Just the application, the ability to see what's happening in your environment this way and that way, is going to change the storytelling environment."

Mr. Rothenberg, whose company has invested in 20 VR companies, said content is critical to the experience. He added that he thinks everyone in the United States will have tried VR by next year. "It's a very personal, one-on-one thing you do. Once you try it, you'll never forget it," he said.

VR does have some hurdles to overcome. Some users feel sick after the experience. And Mr. Woods, who worked on the film "Avatar," said some clients don't fully understand VR, so they send scripts, expecting the technology to work like film production.

Another issue is that people don't know what's expected of them when they use VR devices. With video games, people know they should lean forward and hold a controller, Mr. Woods explained. With VR, it isn't clear if you're expected to use your hands or move. He said it's the wild west right now, but that it will improve with time.

Healthcare is one field that virtual reality could affect in a big way. Mr. Rothenberg mentioned VR phobia exposure treatment which lets someone stand on a ledge to combat a fear of heights or shows the experience of getting on a plane to combat a fear of flying. He added that, for child burn victims, virtual reality can distract from pain and decrease the use of pain killers.

"Anybody who enjoys living will enjoy virtual reality," Mr. Rothenberg said of trying the experience. "Sometimes, in fact, it's more incredible than your life."