What's this?
This content is created by an Ad Age Publishing Partner. Find out more about this program.
Kargo

Chances are good that you're reading this article on your smartphone right now. But think for a minute about all of the other activities you use your phone for on a daily basis: checking email, sending texts, listening to music, etc.

At Kargo, we pay particular attention to two very important areas of mobile content consumption: what we call "feed" vs. "read."

"Feed" refers to the social feed (Facebook, Twitter, LinkedIn, etc.), while "read" refers to editorial content on the mobile web or in apps. The general premise is simple enough: When you're in a feed environment such as Facebook, the way you scroll through and interact with content is vastly different than how you read, i.e., interact with and consume content in editorial environments. This is an important distinction, especially in mobile where context matters more so than for any other medium.

The fact that mobile devices offer consumers (and marketers) a wide variety of environments (social feeds and editorial content being just two of the major ones) makes smartphones very different from other media platforms. For example, unlike TV that we use solely to watch shows, or newspapers that we use mainly to read news, mobile phones offer a Swiss Army knife of activities: email, texting, search, maps, gaming, music and so on. The multifaceted nature of the smartphone begs the question: When is the right time to advertise?

Research shows that millennials spend about 38 minutes a day trolling Facebook. For those 38 minutes of engagement, Facebook captures 45 cents of every advertising dollar spent on mobile. But there are so many other activities we do on our phones. Some are not great for mobile brand advertising—email and texting, for example.

But there are plenty of others, such as Netflix, Amazon Prime and iTunes, where consumers spend significant time but don't see any ads at all. Google, most of which is search, gets another 40 cents of every mobile ad dollar. With 85% of mobile budgets going to Google and Facebook, where does that truly leave a marketer's mobile strategy?

"Read" offers an interesting alternative. Mobile editorial content consumption is best captured by the 35 minutes that millennials spend browsing the mobile web, though they read content in lots of other places, such as apps, that aren't measured here, so the total time is likely longer. Marketers spend 45 cents of every dollar on Facebook's 38 minutes of feed, but they spend very little on publishers' 35 minutes of read, even though there are some really compelling reasons for marketers to consider spending more there.

Try This at Home

At Kargo, we wanted to prove out the "feed" vs. "read" concept, so we gave a group of mobile users 15 seconds to interact with a social feed and 15 seconds to read an editorial story on a publisher's mobile site, both as they normally would. After examining their behavior, we found that users scrolled through social feeds at about 230 pixels per second, close to five times faster than they did in editorial content at 50 pixels per second.

Think for a second about your own behavior in these channels. Maybe it's not quite as fast, but you'll surely notice that you scroll far slower when you're reading editorial content than when you're skimming Facebook.

The 'Feed' vs. 'Read' Effect: Why It Matters

It's not just about speed, however. Readers in editorial environments are also in a different mindset. In the feed mode, consumers are searching for something to engage with, but in the read mode they've already found something. They've opted into an article that they want to pay attention to. When they do this, their scroll velocity slows, thereby increasing dwell times and overall time spent.

The final difference between feed and read worth considering centers on the idea of quality. Feed is user-generated while read is professionally produced. This is not to say that one is objectively higher quality than the other, but there clearly are differences. To make the point, we looked at the 100 editorial publishers that Kargo works with and discovered that collectively they have won 177 Pulitzer Prizes. Their writers and editors produce quality articles about news and lifestyle—food, fashion and travel—all of which can be targeted specifically and are great environments for ads.

Compared to this, social feeds are pretty chaotic: pictures of food, Donald Trump diatribes, Kim Kardashian pictures, personal rants and lots and lots of selfies. Again, this is not necessarily a bad thing, it's just different. And advertisers spend so much money in just one of these two environments.

As senior analyst Brian Wieser of Pivotal Research Group commented earlier this year, "[W]hen all you're doing is saying, 'Hey, Facebook, we'd like to buy some ads,' and they allocate the inventory for you, is that really a mobile strategy? At a minimum it solves the check-the-box problem of saying you're doing mobile. It's certainly an entry point for a marketer to learn, but there's so much more to mobile strategy." 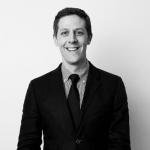 Ryan McConville is president & chief operating officer at Kargo, responsible for overseeing the company's day-to-day operations and leading the next stage of Kargo's growth. Previously, Mr. McConville held key management positions in sales, marketing and business development for companies including Rolling Stone, In Touch Weekly, VoodooVox and Vdopia. For the last seven years, he has worked exclusively in the mobile marketing industry, leading change and stewarding strategy and sales growth in this exciting and fast-growing space. 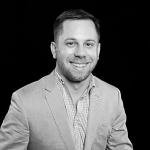 Jared Fox is director of strategy at Kargo, responsible for providing thought leadership, strategic direction and relevant insights to the company's clients and internal teams, working closely with Kargo's sales, marketing, and product organizations. Mr. Fox joined Kargo from AOL, where he worked on global client solutions and strategy. Prior to AOL, he held positions in new business, integrated strategy and communications planning at Vizeum and Mindshare.

Kargo is the leader in mobile brand advertising. Bringing together creativity, technology and quality, Kargo empowers advertisers to build connections with consumers on the most important screen today—mobile. Our high-end editorial alliance of world-class publisher partners, proprietary advertising automation technology and an award-winning creative studio enables brands and agencies to reach eight out of 10 smartphone users in the U.S. with memorable, measurable mobile ad experiences. In 2015, Kargo was named to Crain's New York Business' Fast 50 and the Inc. 500. Kargo employs more than 200 people across New York, Chicago, Dallas, San Francisco, Los Angeles and London.