Baby, Come Back! One Quick Fix for Cable and Satellite Providers 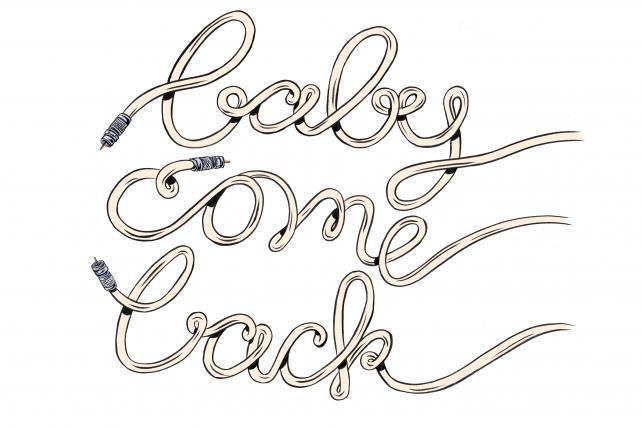 You almost have to feel bad for cable and satellite companies. They're repeatedly getting into bruising battles with content providers. They're falling prey to the very fragmentation they've helped to start. And they're facing a slew of new competition as players from Sony to Netflix infringe on their turf.

But then you get your cable bill. And you don't feel so bad for them anymore.

If you're a regular, loyal customer, who goes along to get along, and you've been with the same provider for over a year, and you opted for one of those triple-play packages, you know what I'm talking about. It was all well and good for that first year, but after the introductory period, your rates shot up. There are ways around this, of course.

You could drop your service entirely. But even if you don't want a set-top box and 800 channels of reality TV, you still want that sweet, sweet internet.

You could cut out the cable portion, maybe even the landline portion. But the actual savings aren't that great. A few years ago, when I switched from Time Warner to DirecTV, I lopped off one-third of the Triple Play package. Did that lead to a 33% reduction in my bill? Not even close.

You could do what a number of people do: Spend a half hour of your precious time every year on the phone threatening to leave your cable company until they cave and give you an extension on the introductory rate.

Or you could switch completely to another provider and get its introductory rate. For a year. And then switch again. And again.

It's a funny way to treat a loyal customer.

My good friend Shawn Adamson, a writer and instructor at Genesee Community College in western New York, is someone a cable or satellite provider would love to have. He consumes vast quantities of content. He watches films and online video and TV on the actual TV. He's not cutting any cords anytime soon.

But he's made the circuit. He's switched from cable to Dish to DirecTV and will probably go back to cable once his DirecTV prices shoot up again.

When he made the switch from Dish to DirecTV, it apparently rekindled a burning passion in Dish, which offered him a $500 gift card and a bill reduction. "I told them it was too late, and that they should have given me the deal when I was a loyal customer," he said. "You're only interested in me when you first meet me and when I'm leaving you? That seems like every bad relationship ever. Seriously, that's what it feels like—the charming low prices to get you to date them, and then the tearful promises and bribes when you're leaving them because they've taken you for granted."

I switched from DirecTV to cable last October and I'm still getting "Baby, come back" letters from the satellite provider. (DirecTV, it wasn't really your fault. With the New Orleans Saints reverting to a form not seen since the '80s, I had no use for your NFL Sunday Ticket package.)

So what's the solution?

Shawn actually had what I thought was a simple but brilliant idea. And it's one taken from plenty of other sectors. Cable and satellite providers should have a loyalty program. Instead of sticking it to longtime customers, you should reward them for sticking with you. Let them lock in rates. Or maybe knock a few bucks off the bill every year they stay with you. (DirecTV will give you discounts, but only if you become a satellite-service missionary.)

Now, I'm not some silly idealist. I understand that all of these companies have likely run the numbers and they'll insist that low introductory rates are the only way to steal consumers from the competition.

We also have the continued existence of AOL's subscription service to teach us that some consumers, once they're locked in to something, will keep giving you money until they die.

But that's not exactly a growth market, is it?

Plenty of people in older demographics are going to coast along with cable and satellite because it's what they know. But it's becoming painfully clear that millennials and those younger feel no allegiance to these services. And not only are they teaching us old fogies that cord cutting isn't so bad, companies like Netflix and Amazon are offering the sort of programming that might get us hooked. While both of those have increased their prices at some point in their history, it's not a frequent occurrence and the value seems better, especially for Amazon, which throws in all that "free" shipping as part of its Prime subscription—as opposed to three "free" channels you didn't ask for and will never watch.

Cable-company haters, of which there are more than a few, will scoff at the mere idea of the companies changing. I can't speak for Comcast or Cablevision, but from personal experience, I can say that Time Warner has vastly improved its customer service over the years. It's amazing what competition and nonstop abuse on social media can do. (And with the feds opening up the set-top box space, it looks like there might be more on the way. Thanks, Obama!)

Of course, content delivery could change so dramatically that this is all moot. Maybe the traditional subscription arms of these companies are heading into the twilight, but it seems that providers would want a warm, long Daylight Saving version, rather than midwinter in the Arctic Circle.

And one way to do that just might be rewarding your best customers with your best rates, rather than the other way around.