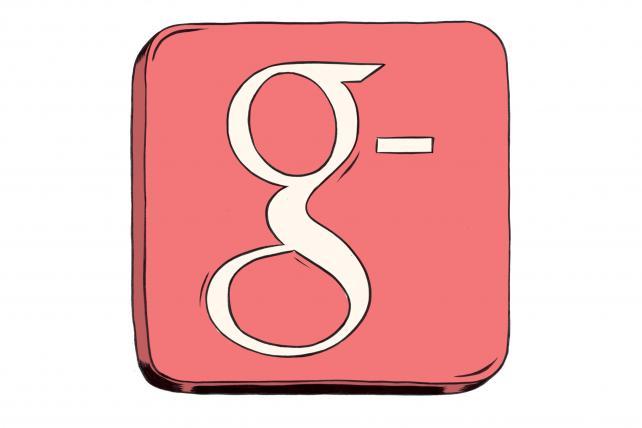 Last week, Google's 17-year-long "Do No Evil" tour hit a roadblock in Europe, where the European Union brought formal antitrust charges against the company.

A broad coalition of underdog supporters, privacy advocates, big-business haters and Microsoft cheered at the news.

As it stands now, the EU is only accusing Google of unfairly placing results from Google Shopping ahead of the results for other services. That might strike some as the equivalent of stopping the class bully from pounding on the class runt, then sending him to detention for a dress-code infraction.

After all, this is a giant company that has access to the sensitive data of billions of people via its email, browser, search and mobile products—and is buddy-buddy with governments across the globe. It's already lobbied its way out of antitrust violations in the U.S. and, according to The New York Times, the only reason its dollars didn't carry the day in Europe is because it was outspent by Microsoft, now playing the part of class snitch. Google's also the parent company of robotics firm Boston Dynamics. (Look up a couple of Boston Dynamics videos on YouTube; it's clear no one's heeding the prophecies set forth in the "Terminator" franchise.)

All of this, and the EU is hammering the company for favoring its Shopping results over everyone else's when you go searching for that black and blue dress?

But you've got to start somewhere. And EU antitrust chief Margrethe Vestager has made it clear this is only the start. She's making noises about looking into Google's Android dominance in Europe, but the next step will more than likely be a broadening of the current charge to include comparison shopping for things like travel services.

It's a good place to begin, if for no other reason than it's an area where Google's behavior has been egregious. Google got a little too greedy in its ongoing attempt to make Shopping, Google+ and some of its other second-class products relevant.

There have long been complaints in the business world that Google is a tyrant who'll tweak its algorithm and stomp you into the ground. But that's not enough to make the government take notice. For government to take notice, two things must happen: a) competitors must outspend the lobbying efforts of the company in question and b) consumers have to care.

And consumers didn't care that, say, Google Maps was always the top result in a Google search. Because Google Maps is a terrific product (so terrific that even Apple's iPhone cult-members preferred it over Apple's first sorry attempts at maps). But Google was late to the shopping, comparison and review game, where communities were already established. When consumers in the U.S. and Europe go to Google and type in Le Singe Sale Fromagerie or The Musty Mattress Motel, they want Yelp or TripAdvisor (or perhaps WebMD). They don't want Google+'s three sad reviews and 10 photos.

The good news for Google is that despite talk of formal charges and all the media coverage, it might not amount to much other than a hit to the pocket book. The fact is that even in Europe, money talks. As The New York Times points out, Google and a number of its competitors, even Microsoft, simply pay their fines and keep doing their thing. (Which sounds like those FTC settlements where a company gets to admit no wrongdoing as long as it coughs up a sufficient amount of cash.)

Even more good news for Google is that the average consumer still has mostly positive feelings about the search giant. In fact, many can't imagine life without it.

But that can be bad news for Google, too. Google has become something of a utility, like water and power. And that means a lot of people see it as something bordering on a God-given right.

Think about it this way: If the guy who runs the burger shop in your town said the local McDonald's should be promoting his hamburgers on its menu, you'd call him a nut. But if some other guy says, "My company's travel product shouldn't come in second to Google's product in search results," even a hard-core market-first capitalist might say, "Hmmmm. He has a point. That's not fair!"

That's crazy if you really think about it. Google built that search engine, so why shouldn't it do what it wants with it, especially with other options out there?

Which is what the company said in response to the EU charges: "While Google may be the most-used search engine, people can now find and access information in numerous different ways—and allegations of harm, for consumers and competitors, have proved to be wide of the mark."

This is true. It is also irrelevant.

Google has more than 90% share of search in Europe, and its Android has a 71% share of the mobile operating system market. In the U.S., those numbers are 65% for search and 47% for Android. So it will continue to have a target on its back. And its front. And its sides.

Some might see Google as just another Microsoft, a dinosaur big-footing its way toward extinction (which overlooks the fact that Microsoft still exists). I see it more as a big symbiotic slime mold, highly adaptable and insinuating itself into everything.

Is it good or evil? I'd argue that as a corporation, it's amoral. But it's run by people who have a great deal of power in their hands, and the potential for actual harm—I'm talking about government snooping, privacy rights and robotic armies, not shopping results—is real.

The EU is the first to draw a line in the sand. More than likely, that will prove as effective as a literal line of sand. But at least someone, somewhere in a position of power is letting the people behind Google know that someone is watching.